U10A v King’s Hawford
Date: Monday 18th June
Result: King’s Hawford 133 BCS 40
Most Valued Player: Oliver Smith (Bowling Performance)/Ashley Jindu (Fielding Performance)
Report: There is no doubt that the U10A side are improving as a fielding and bowling unit, and Mr Newman was pleased with the intensity and concentration they showed in the first innings on Monday. King’s Hawford had to work hard for their runs as the bowling was generally tighter and fielding much improved. Oliver Smith took advantage of his opportunity with the ball and deserved his wicket at the death. Ashley Jindu remained focused throughout encouraging others well and backing up intelligently. Batting is still a focus for significant development, and it was a pity that we were unable to exploit the weaker bowlers on the opposition side.

U10B v King’s Hawford
Date: Monday 18th June
Result: Blue Coat 215-7, King’s Hawford 245-6
Most Valued Player: Ayoluwa Ogunlola for accurate bowling
Report: Blue Coat batted first and struggled to get any momentum with good, consistent bowling. Wickets cost us 35 runs in total and after Imaan Iqbal hitting two powerful 4s over midwicket, all his hard work was undone by a catch and run out. When bowling, King’s managed to make good connections and hit many 4s. Good resistance from Jake Meyer and James Scurlock, but the batting total let us down.

U10C v King’s Hawford
Date: Monday 18th June
Result: King’s Hawford 303, Blue Coat 294
Most Valued Player: Taranvir Kang for an all round display
Report: When King’s set a high total of 303 through some quite sporadic bowling, some might have have thought that total wasn’t achievable. However through superb resilience and chase, Blue Coat managed to get within 9 runs of their total.

U9A Cricket vs WGJS
Date: Tuesday 19th June
Result: BCS 69 – 34 WGJS
Report: The U9A side finished it’s season on a high with a comprehensive victory over WGJS. The batting unit worked well scoring 69 through some excellent running and cultured cuts and pulls. The score was only tempered by losing wickets in clusters meaning we gave away 45 runs. However with a bowling attack boasting the pace of Padley it was always going to be tough for WGJS and so it proved. Padley softened them up and others reaped the rewards. Everyone bowled tightly restricting WGJS to 34 and a comfortable victory. I’ve been very impressed with all players who have played for the As this year which bodes well for the next few years!

U11B Cricket vs WGJS
Date: Wednesday 20th June
Result: BCS 60 – 78 WGJS
Most Valued Player: Alex Forty
Report: In a good match the U11B team were unlucky to lose, however the number of wides bowled did not help the cause. Credit to Alex Forty who bowled and batted well, and special mention to Hamoodi Fakir for his deceptive bowling. 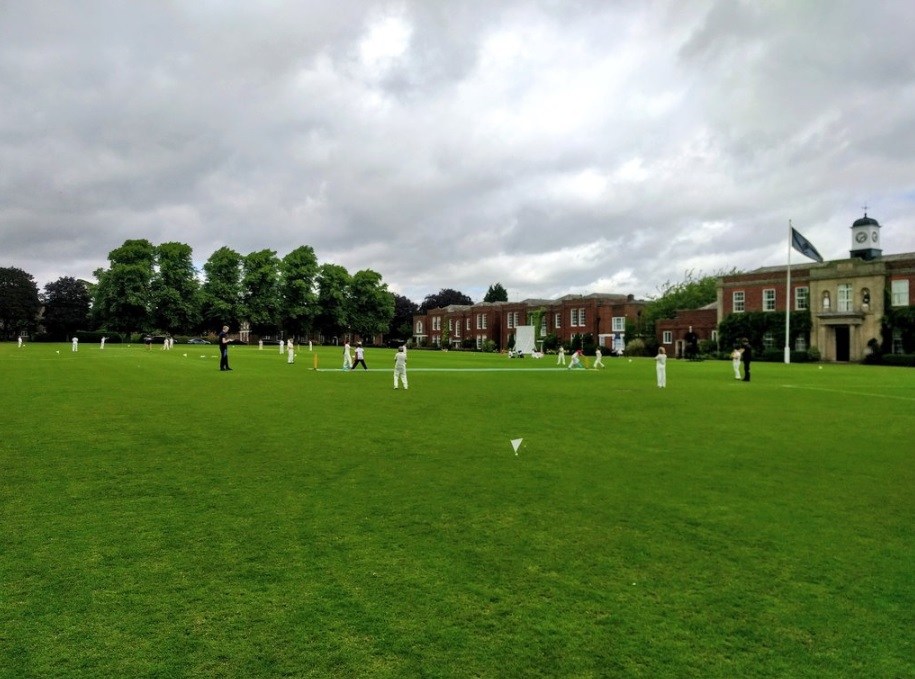 U10D v Solihull
Date: Monday 18th June
Result: Blue Coat 7 1/2 – Solihull 7
Most Valued Player: Caitlin Thornewell for excellent play
Report: It was a very even game with some good fielding and catching from both sides. We were at a draw with the first innings and would have lost or drawn overall were it not for Caitlin and Danae taking risks on the last balls and running the whole way to gain vital half rounders to win the game. The girls are definitely understanding game play, generally making the right decisions on where to throw the ball to stop rounders being scored by the opposition. Well done.

U10 A Rounders v Solihull
Date: Monday 18th June
Result: BCS 15.5 – 12 Solihull
Most Valued Player: Lexie
Report: After last week’s defeat on a timed innings we had a lot to prove ball for ball, so with 30 good bowls each we set off fielding first after Lexie won the toss. We fielded really well with Tara bowling consistently well and Daphne being ready to pounce on any balls sent her way. The new positioning of Gracie at backstop and Storm at 2nd post was working effectively so Solihull were reluctant to try and run for half rounders. We had them out for 5.5 and went into bat. Kate gained our first full rounder and then Tara simply seemed to follow Kate’s fine example scoring full rounders also. We were out for 5.5 too and all was to play for. In the second innings we fielded with strong determination and made excellent decisions. Solihull’s best batter finally found her form and was smashing the ball and Maya was now needed for her outstanding throwing back to Ojal at fourth. Bea and Lexie held their positions and were quick to send the ball to second post again preventing half rounders. They managed to score a further 6.5. For our second batting innings and our last competitive match versus another school we found our batting form especially Lexie, Maya and Daphne. The girls went for it and did exactly what I had asked of them to – enjoy it and finish on a high! We scored 10 rounders and it was so fantastic to watch our determined, strong minded young sportswomen thriving playing sport. Well done girls!
Scorer: Maya (3), Kate (1.5), Tara (2), Lexie (3), Storm (1), Gracie (1), Ojal (1.5), Daphne (2)

U11 Rounders v Hallfield
Date: Wednesday 20th June
Result: BCS 14.5-6.5 Hallfield
Most Valued Player: Batting – Poppy Couzens, Fielding- Serena Sharma
Report: Blue Coat finish the season with a confident win against local rivals Hallfield. Blue Coat started slowly, batting poorly, struggling to score and making silly errors and getting out. Thankfully our fielding was much sharper and although Hallfield had some big hitters, tight fielding and accurate throwing made it difficult for them to score. Blue coat switched it on in the second innings and put on a good display of both batting and fielding to get a comfortable win. The girls have been a great side to coach, picking things up quickly and implementing them into matches. Well done girls, great win!
Scorer: Poppy Couzens (4), Melissa Carson (2), Anna-Laure Kavanagh (2.5)