On 26th June a few Year 5 children went to Malvern St James to experience learning a variety of modern and ancient languages. These included: Ancient Greek, Modern Greek, Spanish, Arabic, Italian, German, Russian, Mandarin and the English languages origins. When you got to the school you were given a sticker which told you which group you were in. Unfortunately, we were not able to learn all the languages but we had great fun learning the ones that we did do. Each group learnt three different  languages and the English language origins. All the activities were great but I think the most challenging was the Chinese lesson as you had to say each word in a different pitch and style. In many you learnt the alphabet whereas in others you learned how to write your name or count. And in one you took a massive leap forward and learned how to order food in Spanish. 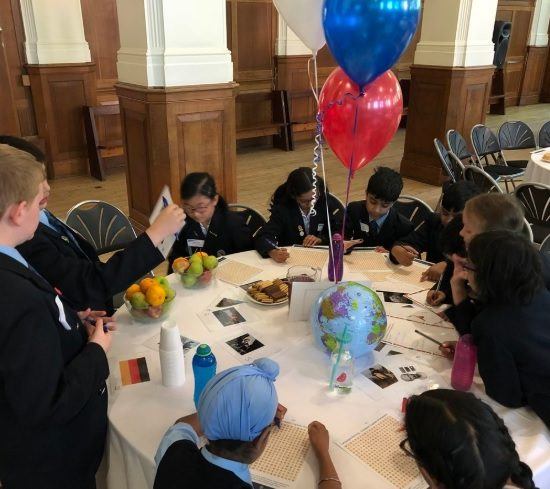