The Year 6 production “Who’s Your Mummy?” was a riot of humour, punctuated by confident singing and energetic dances! Every member of Year 6 did their part with poise and style, to achieve a truly memorable entertainment for their audiences.

The story began in Ancient Egypt (“it’s not that hygienic”, as the song reminded us!) where the all-powerful Pharaoh (Jeevan) was being lectured by his overbearing mother (Ritisha) on the importance of marrying the right girl…his sister! Pharaoh dreamed of living an “Ordinary Life” – whilst his entire court longed for the chance to exchange their drudgery for his luxury! However, a chance encounter with the lovely Nafrini (Emma) sealed Pharaoh’s destiny. They fell in love and were set to marry, until cruel fate – in the form of his mother, armed with poison from the “apothecarists” – intervened.

The action moved to present-day London, where a lively group of school children were visiting the British Museum. Verity (Gracie) and Rebecca (Tilly) made a startling discovery as two mummies at the Museum came back to life! It was Pharaoh and Nafrini, searching through time for the chance to finally marry. The children decided they would take them home by tube; after all “It’s London! Nobody will even notice!” Sure enough, the preoccupied Londoners were too concerned about taking the right tube line to intervene.

At the British Museum, the academic-but-impractical curators were appalled to discover the disappearance of the mummies! It provoked a heated argument about the relative merits of the Neolithic era over the “gaudy” Egyptian…before the entrance of the police gave them something new to worry about. CI Bucket (the hilarious Wilf) proved to be a detective with a unique perspective – were he and his trusty band truly “The Bestest Brains of Scotland Yard”?

The twists and turns of the plot revisited Egypt, where the “Barmy Embalmer” (Ibrahim) and his team went about their grisly business. Then travelled forwards to World History Day, where a suspiciously large group of mummies was tracked down by the police.

The final scene saw the Chelsea Registrar (Amulya) finally unite the fated couple in matrimony, ready to enjoy a “Happy Ever Afterlife”: the final song included singing and choreography from the entire ensemble cast and ended on a suitably explosive note of celebration!

This was a treat which, “when you look back over time”, I hope everyone involved will remember for years to come! 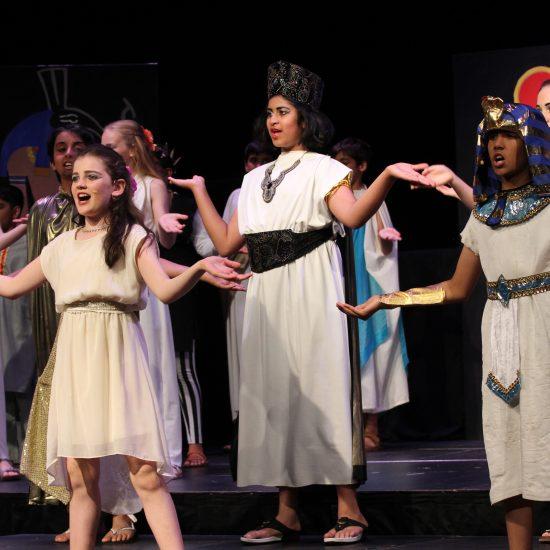 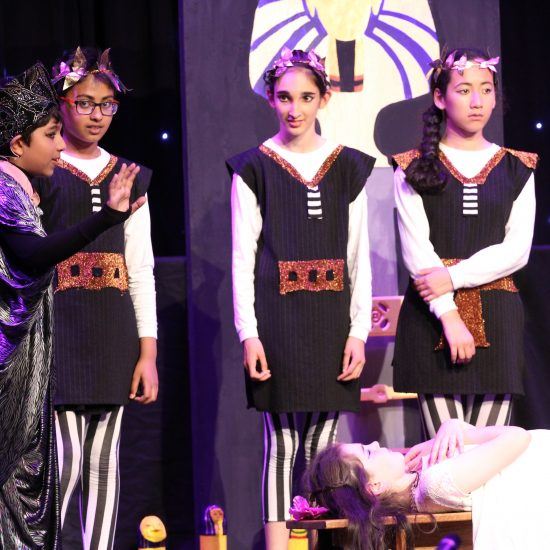 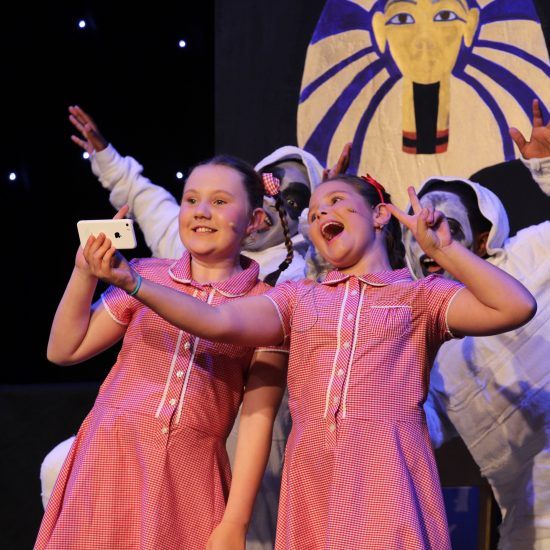