Back to the Stone Age

Monday 1st October began in the strangest of fashions for Year 3. Upon walking into the hall, they travelled back in time to 3.5 million years ago and were greeted by two very friendly Stone Age cavemen! Communication seemed a little hard at first as our ancestors spoke in their mother tongue of grunts however soon enough Oliver and Daniel became accustomed to our English language and explained what life in the Stone Age would have really been like to their inquisitive audience.

First, our newly appointed Stone Age cavemen and women experienced what it would have been like to live in different periods of the Stone Age from the Neolithic civilization (those who first discovered that placing food on a fire would allow it to cook properly) to the Mesolithic era (the people who lived through the disastrous Ice Age). Our children even had the opportunity to dress like a Stone Age civilian and discovered how difficult it would have been to have been wrapped head to toe in boiling hot animal skin! (Of course – no real animals were used during our experience).

Then, after learning about the craft of using Stone Age tools and the path of communication through cave paintings, children had the opportunity to make their own replica of a Stone Age fat lamp. The task was long and arduous and we began to develop a real sense of empathy for those who had lived during this era of no electricity, ovens or safe places to sleep at night after learning that fat lamps were used to ward off wild animals.

The experience of living like in the Stone Age era for those few hours on Monday has left our Year 3 children with mountains of knowledge and an eagerness to discover more about our early ancestors! 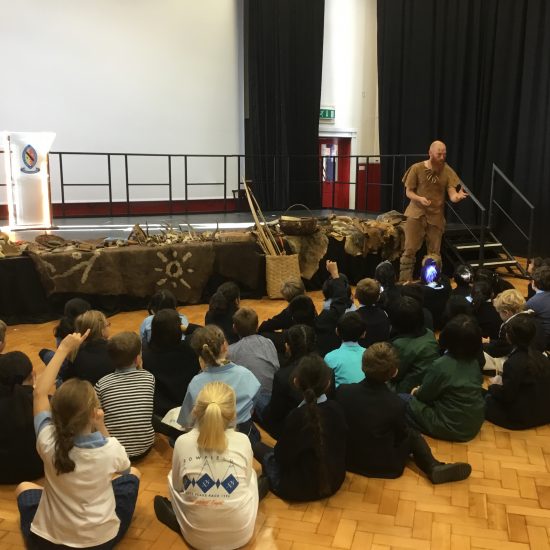 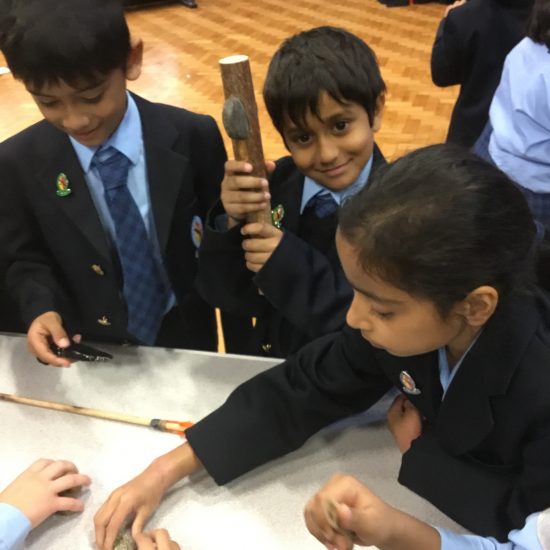 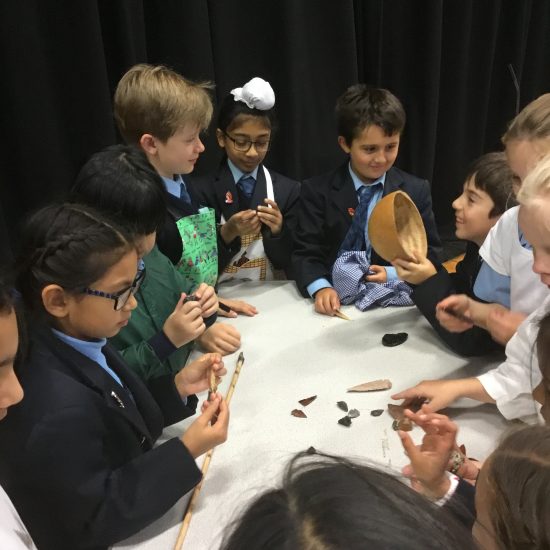 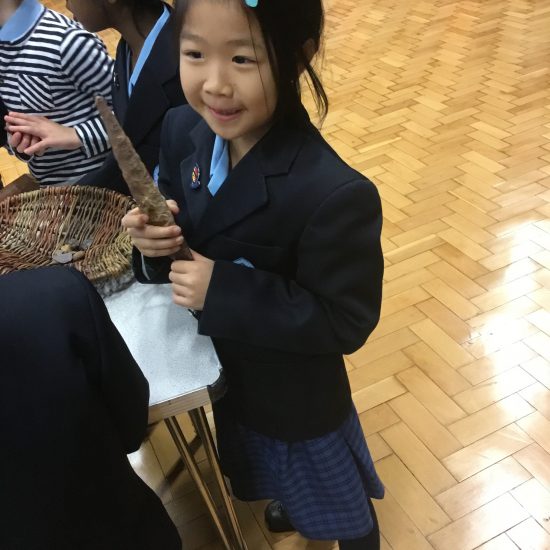 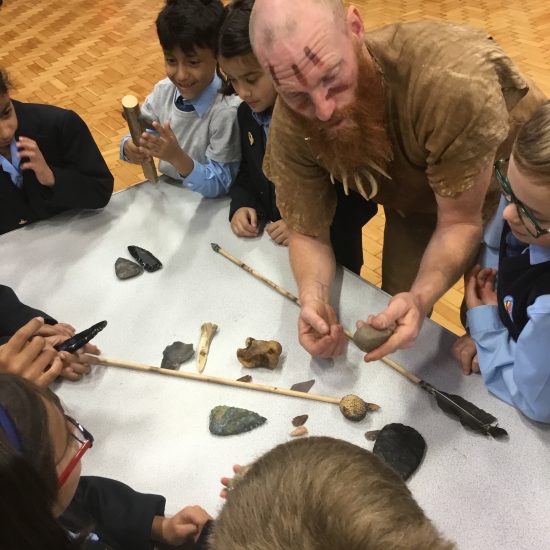 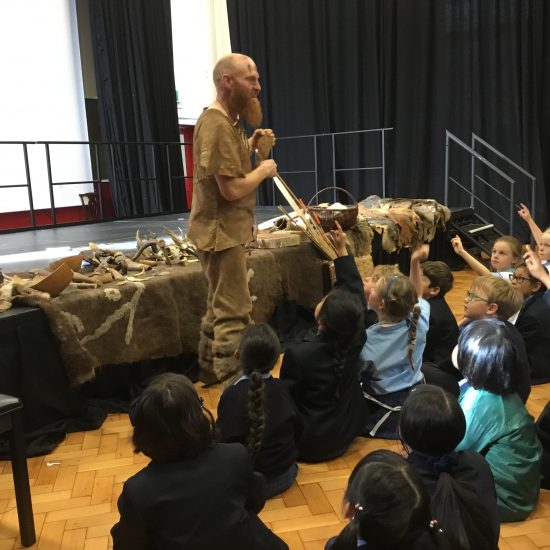 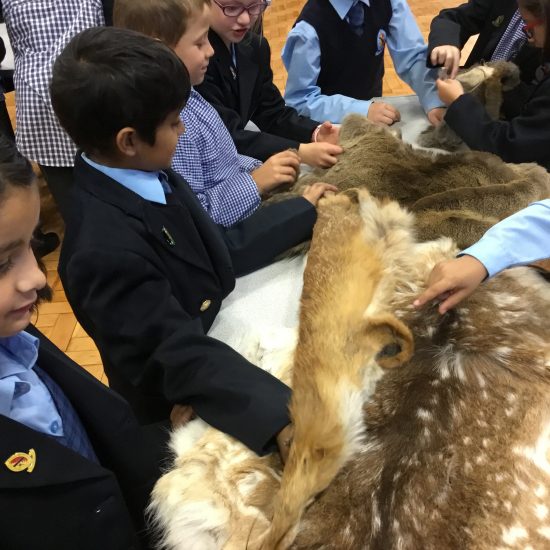 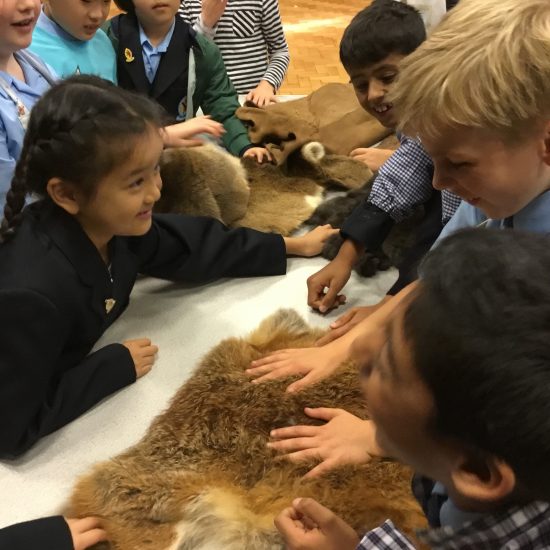 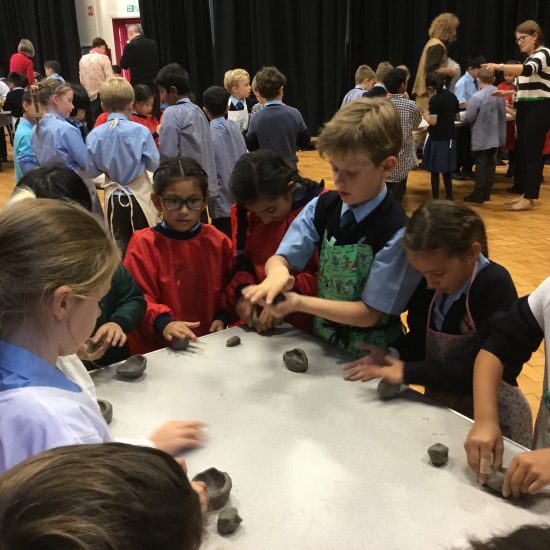 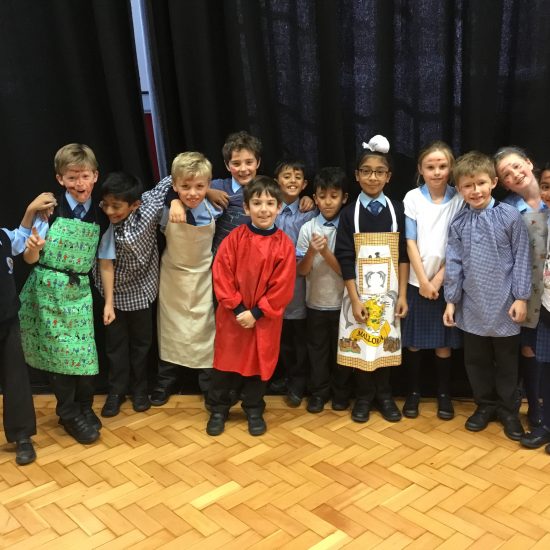