U10B v Eversfield (H)
Date: Monday 8th October
Result: BCS 7- 0 Eversfield
Most Valued Player: Holly Willson
Report: The girls got off to a strong start and managed to break through the opposition’s line of defence several times. We looked to move forwards with the ball, but through the middle channel the girls often came stuck against the opposition. The girls finished the first half 3-0 as a result of their attacking play and dominance from Poppy Brigham in our attacking D. The play in the second half was more creative as we looked to use the outside channels and dribbled with the ball into space. This created many more attacking chances and the girls ended the game with a 7-0 victory. Holly Willson made some excellent runs with the ball to earn herself MOM.
Miss Owen

U9B v Kings Hawford (H)
Date: Tuesday 16th October
Result: BCS 5-0 King’s Hawford
Most Valued Player: Emily Smallwood
Report: Blue Coat started the game well, driving the ball forward and staying strong on the ball. The girls thought hard for the ball and were rewarded with a early goal. Blue Coat kept the pressure on and in the second half began to try to pass to team mates. We still need to use the space and spread out but the girls are making great progress.

U9A v Kings Hawford (H)
Date: Tuesday 16th October
Result: BCS 2- 0 Kings Hawford
Most Valued Player: Alexandra Souter
Report: Another good effort from the girls this week. Their determination to win was very apparent and it was their grit that enabled them to take an early lead. Coupled with their confidence in defence, denying the opposition many chances at goal, the U9A team looked the stronger side throughout. The girls fought from start to finish to keep the ball in their attacking end, giving them another opportunity later in the game to successfully score, finishing the game 2-0. The team still need to focus on making space and being aware of where each other are to make successful passes. However, this squad has real potential and they have set the bar high for themselves! Keep it up girls!
Scorer: Alex (1) Claire (1)

U10A  v Solihull (A)
Date: Monday 15th October
Result: Blue Coat 5 – Solihull 2
Most Valued Player: Indira Singh
Report: The girls braved the conditions and played such positive hockey. Emily Whitehouse was superb in playing the ball forward powerfully. Anya De jumped back when we lost possession and drove the ball well on the right. In the second half we took the game away from Solihull. Indira Singh continued her fantastic goalscoring, finding positions in the D unmarked and is now really striking the ball with purpose. At the end of the match Simran Bansal made a superb tackle and took on two players, which showed to me how far this group have come.
Scorer: Indira Singh (4), Simran Bansal
Mr Harrison

U9C v WGJS (A)
Date: Tuesday 16th October
Result: BCS 65 – 35 WGJS
Most Valued Player: David Foster
Report: An action packed first away game for the U9C team, filled with tries, tackling and tremendous running with the ball. The boys played with a great spirit and energy which dominated WGJS in both attack and defence. The match allowed the likes of Alexandros, Jenson and David to show off their agility and speed carving lines through the opposition. In addition, John, Govind and Dan were able to show off their excellent tackling skills. A great game and a great victory. Well done to all the boys who were involved!
Scorer: David (7) Jenson (4) Alexandros (2)
Mr Melia

U9 A Rugby vs WGJS
Date: Tuesday 16th October
Result: BCS 75 – 50 WGJS
Most Valued Player: Sam Hodges
Report: The U9 boys really showed how much they have progressed against a competitive WGJS. In truth one player for WGJS was like the flash and scored 8 of their 10 tries! Our team played some great rugby with lots of offloads and people running onto the ball with pace and power. None more so than Sam Hodges who has shown real promise for rugby this term. Harry Forty, on his birthday, put in some great tackles and also made some great runs with the ball. Jay Lewis was his busy self with great footwork and movement skills. Konark Basu also showed his elusiveness with some excellent moves to deceive the defenders! As with most sides at this age we are still tackling without being fully committed (bar Sam Hodges) and this is something we will need to improve on moving forward. This said it has been a great start to the year from all involved.
Mr Protherough

U9B Rugby v WGJS
Date: Tuesday 16th October
Result: WGJS 7 – Blue Coat 7
Most Valued Player: Toby & Oliver Smoldon, very quick to react to turnover and ran with the ball, utilising space forward.
Report: Blue Coat had to get used to using tags again for this fixture, but this allowed for a more fluent passing game. It highlighted that Blue Coat were too isolated on occasion and that better support play was needed. Samuel Tan, when given space, was electric and hard to chase down, scoring a very strong individual try from his own half. But WGJS had their own pacey players and we didn’t get up to speed when tackling as a team. This created holes in our defence for them to weave through.
Mr Harrison

U11 Aston Villa Football Tournament
Date: Tuesday 16th October
Result: BCS Finalists (lost on penalties!)
Most Valued Player: Luke Dolan
Report: The U11 boys showed true character and grit to come back from a shaky start to reach the final of the Aston Villa football tournament held at school. The first game against Hallfield was a great lesson in how to be resilient and not lose the plot if someone makes a mistake! Leading 1-0 with 4 minutes to go we conceded a goal and the reaction of some players was very poor – it is unfortunate how football more than any other sport brings out this type of reaction where players think it is OK to scream at members of their own team, but we have the Premier League to blame for this! This led to a team melt down and a chastening 5-1 defeat. After some stern words though the team regained their composure and won all their other group games with William Brett scoring a couple of fantastic goals. Ashley Jindu was excellent at the back snuffing out any threat on goal. We managed to reach the semi final where a solitary goal saw us beat West House in a tight encounter. The final was again a tense affair where Hallfield could have been 2 or 3 up but for the brilliance of Kieran O’Reilly in goal. This time though the team held it’s nerve and got back on level terms just before half time. Both teams had chances to win it in the 2nd half but a draw was probably a fair result. Penalties, whilst being very exciting, is a cruel way to end football matches for children this age and so it proved for us this time. I have to say that the way the boys pulled themselves together after the first game was a real testament to their character and togetherness. To get to the final was a great achievement considering we are not even playing football regularly at the moment. We just need to make sure we retain Rugby’s core values of respect and discipline even when playing the round ball game!
Mr Protherough 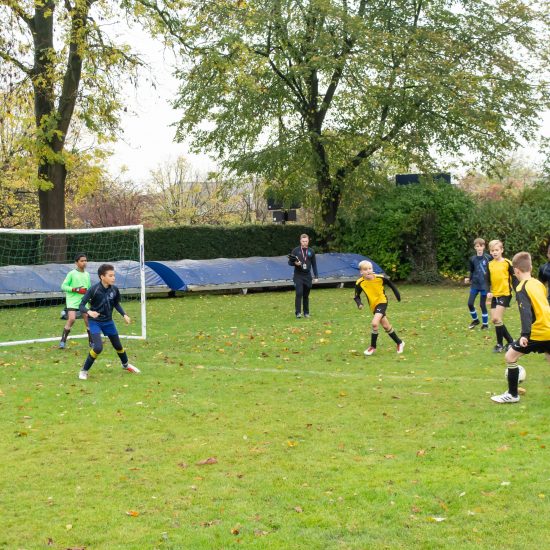 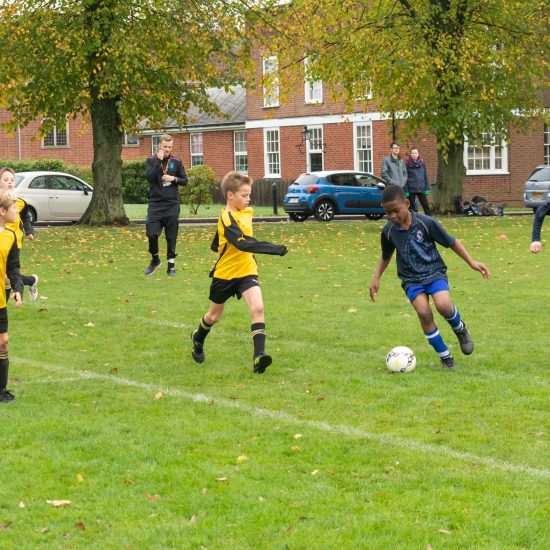 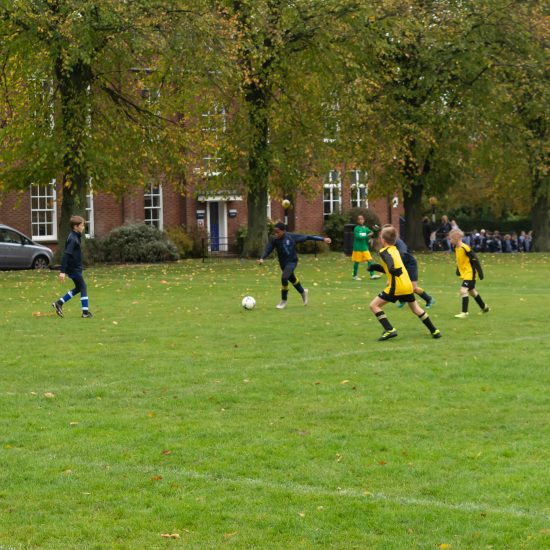 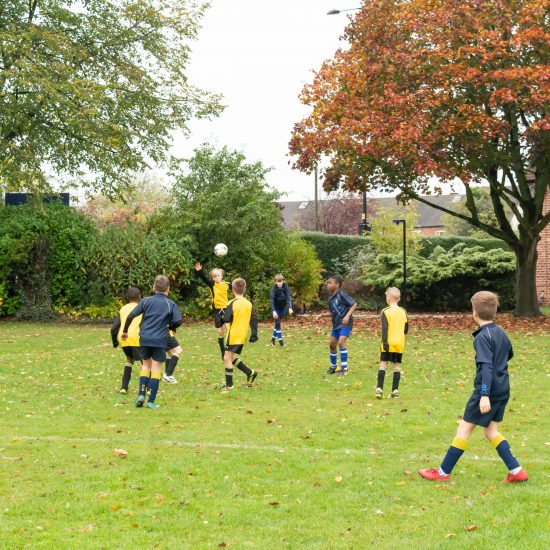 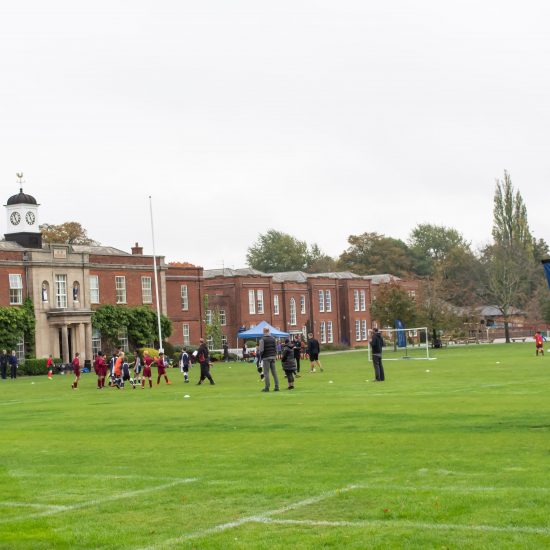 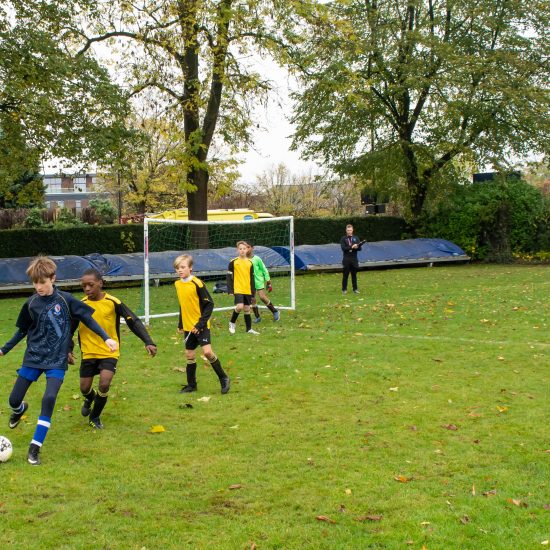 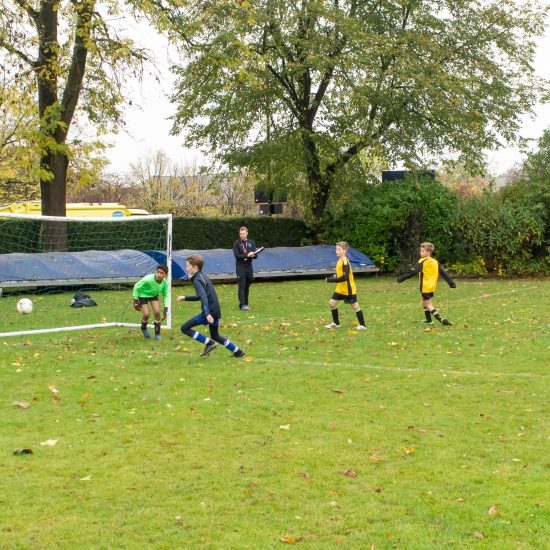 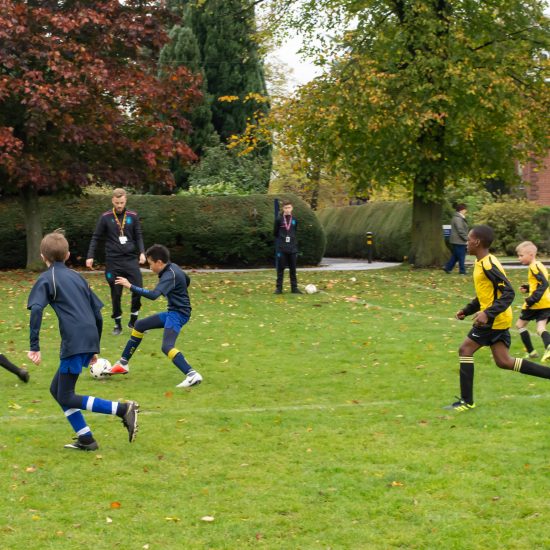 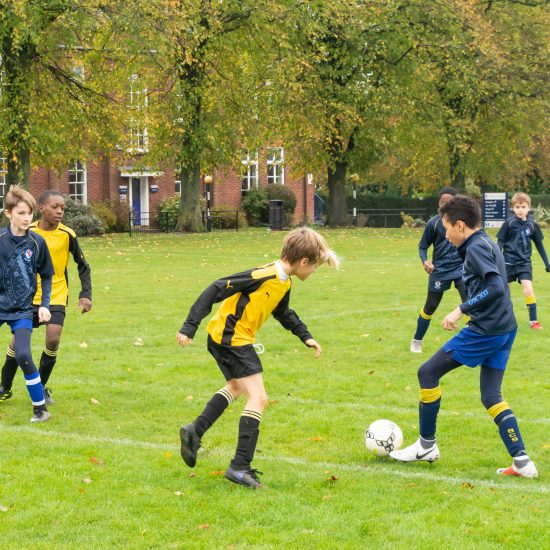 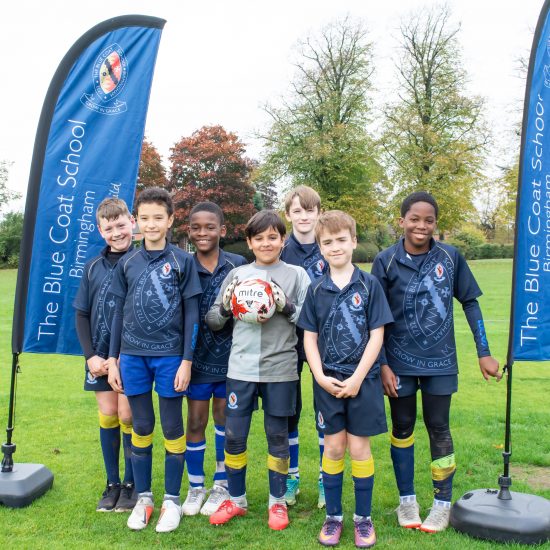