On Friday the 9th of November, my sister Caitlin attended the Junior Language Challenge (JLC) Grand Final at the Kensington Olympia Hall in London.  It was fine weather on the day itself and my parents, Caitlin and I joined a large crowd that was attending the ‘Language Expo’ in the same exhibition hall as the JLC Grand Final.  There was an air of excitement as the JLC competitors started to arrive!

After successfully learning Spanish in Round 1 and Khmer in the Semi-Final, I was so proud of my sister as she qualified for the Grand Final and had to learn Kinyarwanda (the official language of Rwanda) for the past month. In the Grand Final, Caitlin was competing with the top primary school linguists in the country.

For the first round of the Grand Final, the finalists were split into three groups. Caitlin was in the second group and she did super well! It was very exciting seeing her name jump up and down on the electronic leaderboard. She played 7 games and ended up becoming second in her group!  After watching the third group play, we then ate a sandwich lunch.

The organisers then announced the finalists for the final round and Caitlin got through! The Final Round had lots of difficult language games but Caitlin pushed on! She came 14th in the final round and we reminded her that she was 14th out of the close to 3000 children who had participated in the JLC! That was an amazing achievement – Caitlin, I am so proud of you!  The competition concluded with each of the finalists receiving a medal and certificate. The winner was a Year 6 girl called Angel who I think is from London – she received a trophy. The JLC also raised £12,240 in total for a charity called ‘onebillion’ which helps to educate children in developing countries.

Our family had a wonderful time at the JLC Grand Final and at the end of the day, we celebrated Caitlin’s success by going to have a meal in a Korean Restaurant with our friends in London. 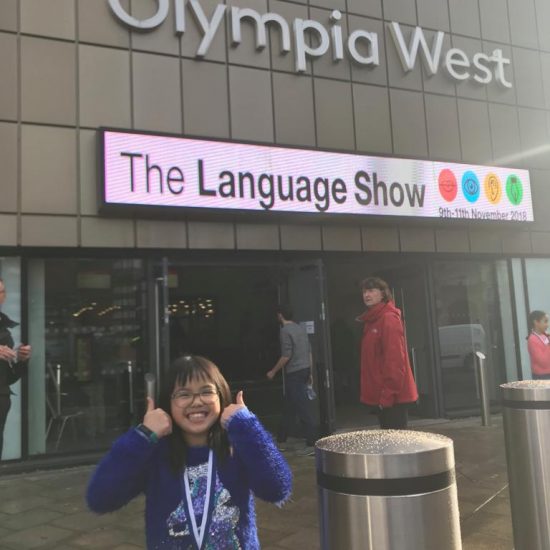 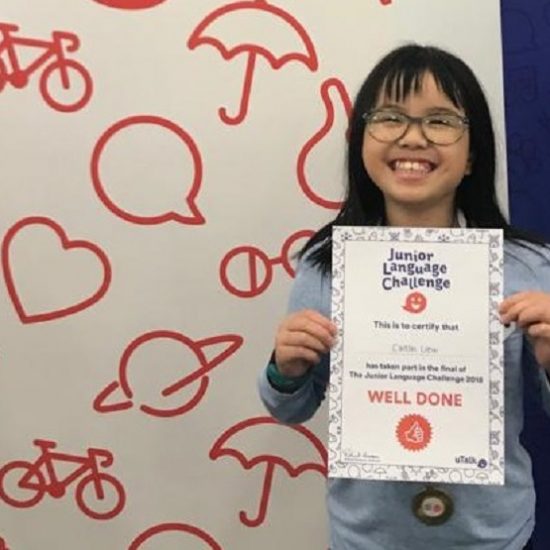 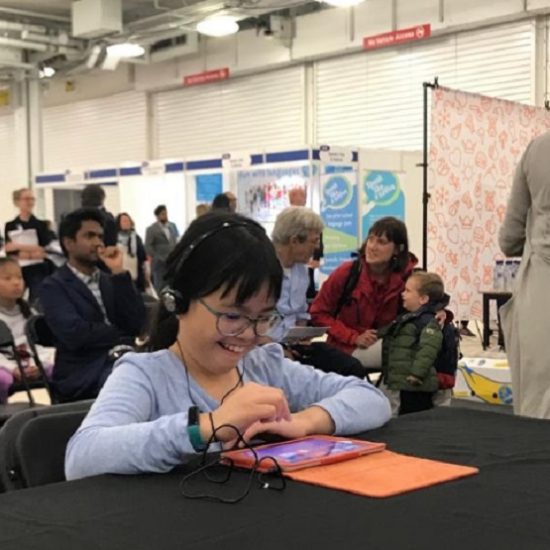