U9 & U11 Cross Country event at RGS The Grange

Report: Blue Coat arrived in good time, walking the course, feeling fresh and soaking up the busy atmosphere of parents and runners. The U9s ran first, separating the start for boys & girls due to such high numbers of entries. James Longworth and Remy Granger stayed consistently in the top 15 runners, not forgetting they are a year younger! The girls were led by another Year 3 in Safia Mughal finishing inside the top 15 along with Amelia Smith. For the U11A, it was clear there were some top runners from other schools so we had our work cut out.

For the boys Oliver Smith led from the first sprint and didn’t look back. The gap he created from second place was so big that he was able to maintain his pace and finish first! William Smallwood gave another fine performance in third position, he spent most of his time chasing another runner who set a good pace finishing second. For the girls, Bea Neeson caught up with the boys early and only had one girl to chase down. This proved too tough but a superb second place finish prevailed. She was closely followed by Phoebe Jones in fourth and Indira Singh’s fine performance to finish 11th really kept our total score down.

They total points from the top four runners of each school. The lowest total wins the age group event. The U11 girls came out victorious with their second win in as many cross country meets. U11 boys finished 2nd, U9 Girls 2nd and U9 Boys 3rd. This was another impressive display from our sterling runners. Hard work, dedication and mental toughness will get you through these events! We were very proud teachers watching on and we are looking forward to more success in the future.  Well done, everyone! 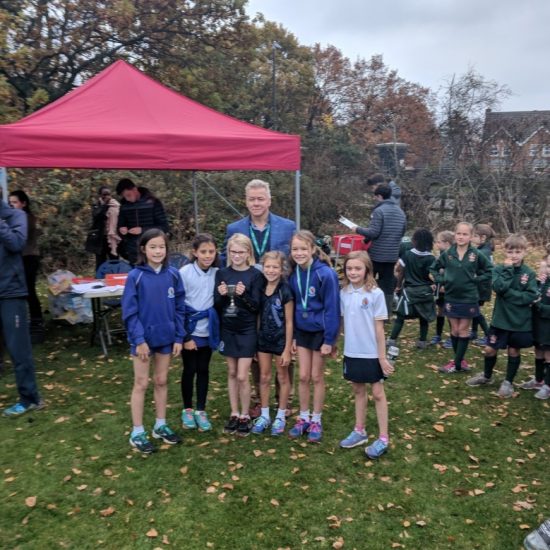 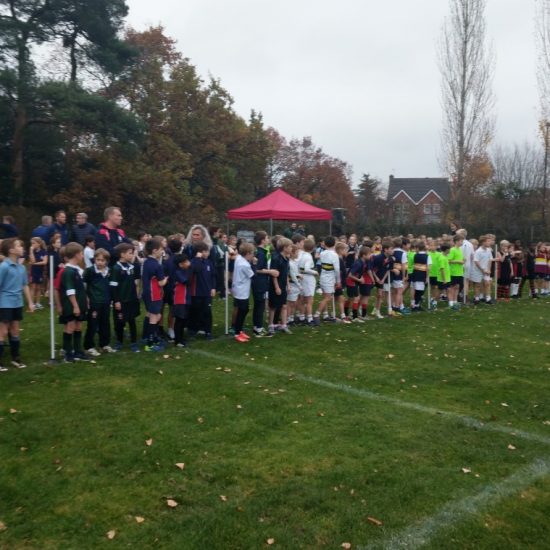 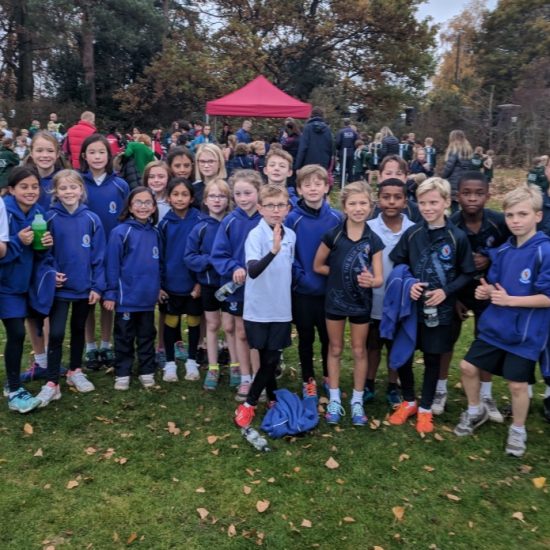