On the 19th May several chess players from The Blue Coat School competed in the Warwickshire Megafinal at the Trident Centre in Warwick. This tournament consists of all of the top scoring players from local school chess clubs, so they were to face good opposition. It’s a pleasure to be able to report much success!

In the Under 7 section Tarini Vemuri played well and won the Girl’s Silver Medal, while Miles Elledge finished on a commendable 2.5/6 in his first tournament. Aaryan Sharma and Thomas McGing scored 4/6 and 4.5/6 respectively, and both get through to the next stage of the competition; the Gigafinal. Well done!

In the Under 8s Siyao and Siyuan Ou played well to reach 2.5 and 3 points respectively, and Avni Samra and Abhav Massey also scored 2.5. Karam Gill scored 3, narrowly missing out on the Gigafinal. Our star player in this section was Robert Miller, who reached 3.5/6 and also qualifies for the Gigafinal.

In a tough Under 9 section David Foster played in his first Megafinal and scored a hard-fought 1.5, while Harleena Grewal scored 2, with 2 solid draws and one great win in round 5.

In the Under 10 section there are some very experienced players already, and this was one of the strongest age groups this year. Henry de Bono scored a creditable 2 points with excellent consecutive wins in rounds 3 and 4. Priyamvada Agarwal scored a solid 3/6, and Jia Samra, Aarav Massey and Alessandro Salvi scored 3.5, all qualifying for the Gigafinal. Well done, and good luck in the next stage! 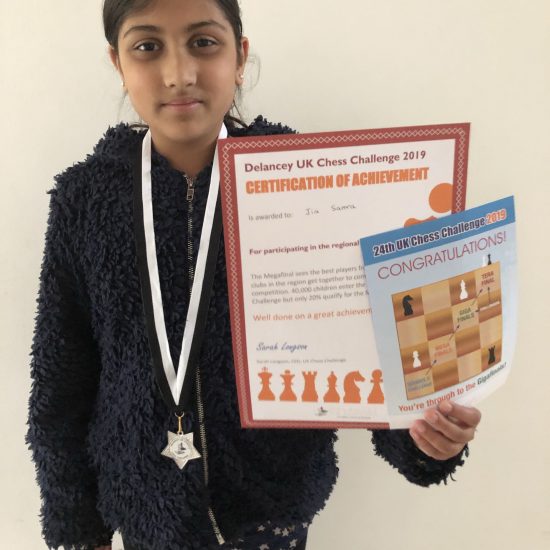 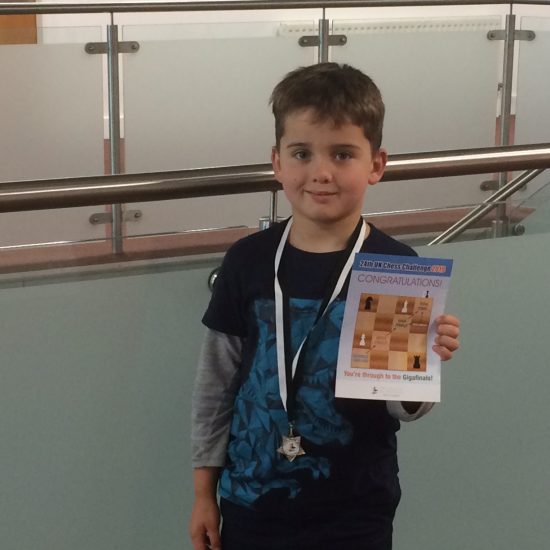