U9A Boys’ Cricket V WGJS
Date: Tues 18th June
Result: BCS 291 – 228 WGJS
Most Valued Player: Harris Rahman
Report: A strong performance from BCS saw attacking and aggressive cricket in both the bat and the field. The focus of stepping into the ball and looking to run at all times was certainly put into practice. Dylan and Harris opened the batting with a total of 38 runs having lost a wicket. Another good innings was put in by Jai and Oliver scoring 25 runs without losing a wicket. Accurate bowling kept WGJS run rate down with many bowlers scoring negative runs in their over. A tremendous piece of fielding from Harris saw an accurate throw side onto the wickets from 15m away dismiss a shocked batsmen. A strong performance which saw everyone focused and sticking to today’s objectives – Well done all.
Mr Melia

U11B Boys’ Cricket V WGJS and Hallfield
Date: Weds 19th June
Result: BCS 229 – 259 Hallfield BCS 215 – 200 WGJS
Most Valued Player: Ashley Jindu
Report: WGJS hosting a mini 3 way tournament along with Hallfield. Our first game was against a strong and well drilled Hallfield side who opened with the bat. Despite the strong bowling from Faaris, Jake and Ashley who conceded only 5 runs between them over 3 overs, Hallfield were able to score a total of 259. In response they bowled accurately and consistently with Rohan and Alex along with Pardeep and Arjun scoring 12 runs over 4 overs. Against WGJS we opened with the bat scoring a total of 215. Ashley and Will got the highest runs scoring 14 between them followed by Imaan and Rohan with 11. Despite the challenging scoreline, BCS were up for the challenge and fielded exceptionally well. Overs from Isaac, Ashley and Imaan all took away runs from their score line. In the final over, WGJS needed 8 runs to win. Up stepped Ashley Jindu with all the responsibility. He kept a cool head and took 2 wickets within the first 3 balls. A fantastic over to finish with and the boys certainly enjoyed the win. Well done all!
Mr Melia

U9A Girls’ Cricket v King’s Hawford
Date: Mon 17th June
Result: BCS 284- 241 King’s
Most Valued Player: Alex Souter
Report: Finally a dry day and a match for our U9 girls who have been eagerly waiting to put their cricket skills to the test. The girls won the toss and opted to field. It was great to see all our girls bowling over arm and a few now starting to introduce a run up. In the field we got better at fielding the ball quickly and throwing it into the wickets to try and get the run out. With the bat our girls moved their feet and struck the ball well picking up a few boundaries and running hard between the wickets. As a batting pair they are improving their communication and getting more confident to call the run. A fantastic win, well done girls!
Miss Crews

U11 C/D Rounders v Solihull
Date: Weds 19th June
Result: BCS 6- 11.5 Solihull
Most Valued Player: Ojal Rao & Serena Sall
Report: The U11C team were eager to play their first rounders fixture of the season, the girls won the toss and fielded first. Solihull had a good first innings scoring 5 rounders, with a couple of the girls being big hitters. BCS girls fielded well overall and communicated well with each other. Swapping over, BCS girls were unable to hit out of the diamond, allowing Solihull to field with quick hands and prevent us from getting many half rounders. At the end of the first innings the score was BCS 3.5- 5 Solihull. In the second innings coupled with their big hitters we bowled a number of consecutive no balls resulting in Solihull gaining half rounders building onto their lead. As we went into bat for the final time, the girls built on their confidence and made some big hits unfortunately, Solihull were quick to react and fielded very well preventing us from getting to second on a number of occasions. Overall the girls played well and really enjoyed themselves. Ojal Rao was awarded player of the match, demonstrating some very good fielding skills, catching a couple of the Solihull girls out.
Mrs Somerville

U11 A Rounders v Bromsgrove
Date: Weds 19th June
Result: BCS 17- 13 Bromsgrove
Most Valued Player: Kate Stockton
Report: Bringing the sunshine along with us the U11A team had their final rounders fixture of the season away at Bromsgrove School. As always the girls we raring to go, into bat first the girls made a positive start with hitting the ball out of the diamond unfortunately, we tended to hit the ball directly towards a fielder and therefore the ball was quickly fielded, preventing us from scoring. A couple of poor decisions in the first innings resulted in a couple of our biggest hitters being stumped out too early in the innings. However, we kept chipping away scoring 6.5 rounders. Swapping over Bromsgrove had some big hitters which made fielding difficult to stop the rounders. At times the girls panicked and miss fielded the ball as well. However, the girls regrouped and stayed focused throughout the innings. At the end of the first innings the score was Bromsgrove 10- BCS 6.5. Going into the second innings the girls knew they needed to play it safer to stay in the game. Ojal and Storm both having good hits and scoring rounders, well done girls. Bromsgrove fielded well again making it challenging for us to score however, BCS were consistent and scored another 6.5 rounders. Going into field for the final time, the girls knew what they needed to do. The girls certainly delivered, stumping out the two biggest hitters with their first hits. Our deep fielders were a lot more reactive and repositioned themselves accordingly. This prevented Bromsgrove from scoring more than 7 roundes, the girls should be really pleased with their team performance. Well done girls. Final score was BCS 17 Bromsgrove 13

U11C Rounders v Bromsgrove
Date: Weds 19th June
Result: BCS 13 – 12 Bromsgrove
Most Valued Player: Daisy Drake
Report: The rain held off and the girls had a thoroughly entertaining and challenging match with Karen and Caitlin working well between 2nd and 4th base to stump players out and stop potential rounders. Bowling was consistent from both Shakthi and Caitlin with only a few no balls given away and with deep fielders checking bases and returning balls quickly to stop the opposition. Jaya scored some good rounders taking chances and running against the ball with good results.It was a close match which could have gone either way and a nice way to end the season. Well done girls. Mrs Barrowclift

U11B Rounders v Bromsgrove
Date: Weds 19th June
Result: BCS 19 – 14.5 Bromsgrove
Most Valued Player: Batter – Marshami Ahmed, Fielder- Natasha Page & Lauren Claridge
Report: A fantastic afternoon of rounders to finish the season, finally a dry day and the girls took advantage to finish their last ever game for Blue Coat with a win. Blue Coat got off to a strong start batting well, hitting into the gaps and running hard between the posts. In the field the girls were quick to the ball and made good decisions of where to throw. At half time the scores were tied at 7.5 each. In the second innings Blue Coat lifted their performance and put Bromsgrove under alot of pressure forcing mistakes and picking up extra half rounders. An excellent game, well done girls.
Miss Crews 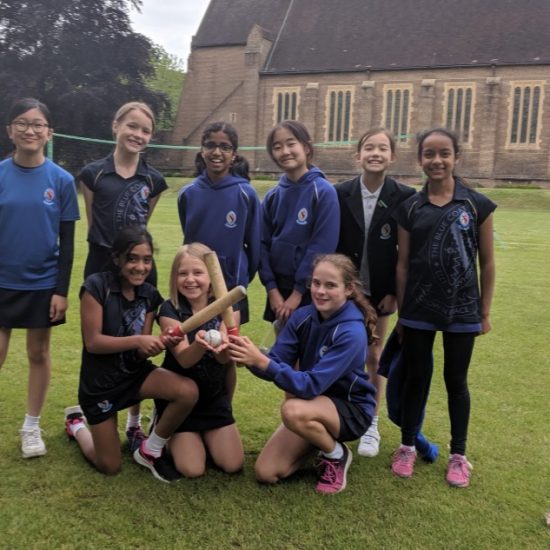 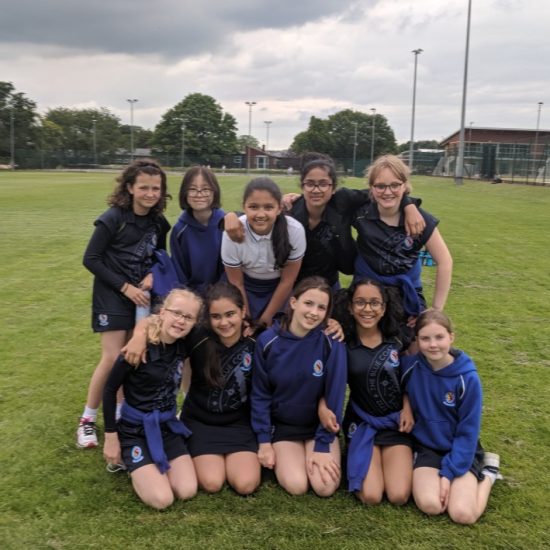 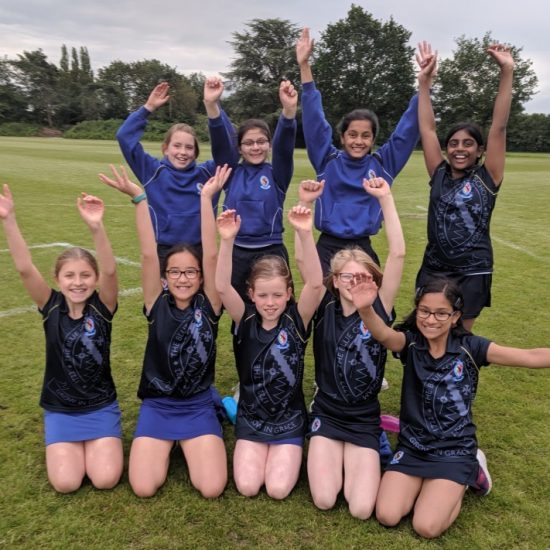