On Saturday 15th June the U11 Boys Swimming team travelled to Sheffield to compete in the English Schools Swimming Association National Final, which was being held at Ponds Forge.

The team consisting of Kieran, Freddie, Filippos and Milo had qualified for the U11 4 X 25m Medley relay after recording an impressive time at the West Midlands qualifying round which we held here at Blue Coat.

The boys swam well in the heats which enabled them to qualify for the National ‘B’ final. Spurred on by this they again produced a fantastic swim in the final, also recording a new school record in the process!

It must be mentioned that Freddie, Filippos and Milo competed a year young which is a testament to their swimming. Once again well done boys! 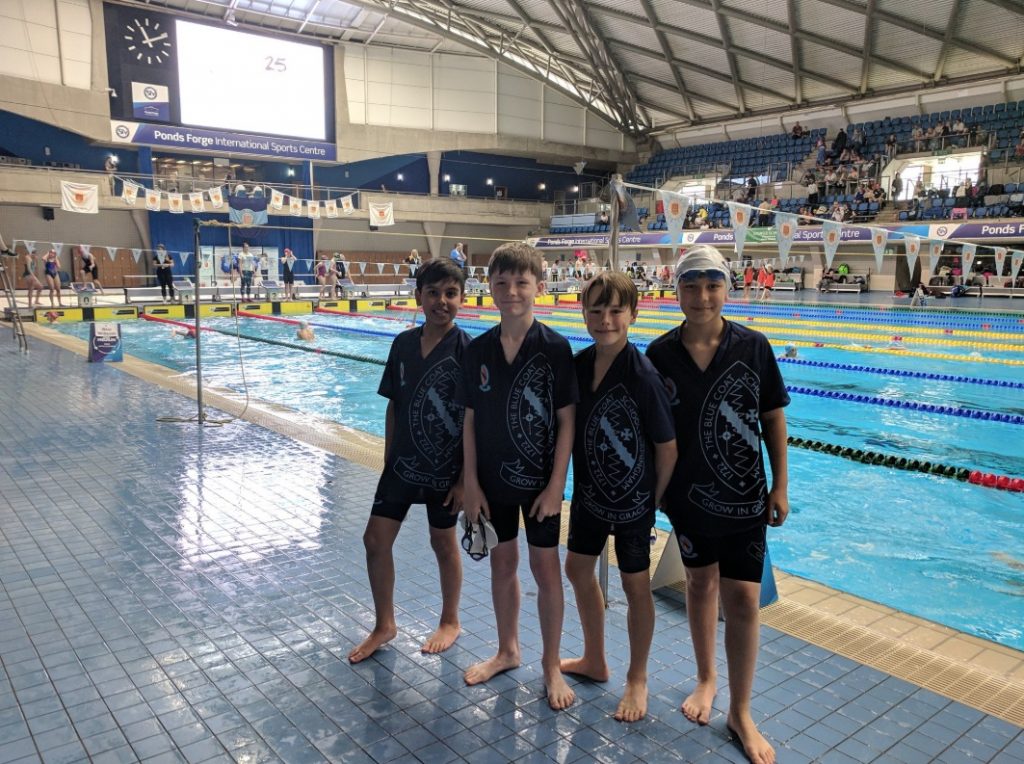