U10A Boys’ Cricket House Match
Date: Mon 1st July
Result: St George’s 310- St Philip’s 209
Report: On a perfect day for cricket the U1’s showcased their skills against each other. St Phillip’s bowled well in the main but some strong batting by the St George’s pairs saw them post a commanding total of 310. In reply the St Philip’s innings was hampered by losing wickets at regular intervals against the very strong St George’s bowling attack. It was great to see some performances of note such as Rohan Tandon in his first hard ball game bowling very accurately. Freddie Williams also struck a number of excellent boundaries as did Will Smallwood for St George’s. What was pleasing was that the basics of running well and backing up in the field were done well by everyone, and the game was played in a good spirit.
Mr Protherough

U10B Boys’ Cricket House Match
Date: Mon 1st July
Result: St Philip’s 275 – St George’s 238
Report: With blue skies and the sun out it was definitely cricket weather for the U10B house cricket match. St Philip’s won the toss and decided to field first. Rayyan and Simeon opened for George’s and set a great example of how to steal runs with excellent communication. A solid partnership scoring 21 runs between them. St Philip’s bowled consistently and accurately giving away little to no no balls and wides. George’s were able to select their shots well and even produced some impressive 4’s. St Philip’s however hunted down their target of 238 very quickly with some impressive opening batting by Zain and Oje. However, it was Oliver Tucker and Ben Southall who had the highest run rate scoring 24 runs in their 4 overs. The difference between the two teams was the accuracy of bowling, unfortunately for George’s giving away too many wides. All in all, a great game which was held in good spirit and enjoyed by all boys.
Mr Melia

U10B Girls’ Cricket House Match
Date: Mon 1st July
Result: Monica’s 336- Margaret’s 255
Most Valued Player: Monica. Batting- Layla. Fielding- Anjali. Margaret’s. Batting- Ariana. Fielding Harriet
Report: A lovely afternoon of house cricket, with blue skies! Both teams were eagerly excited to play and after a quick warm up they got straight into the game. Monica’s were into bat first, each batting pair really making the most out of their innings. In particular, the Monica’s girls made every effort to strike a ‘no ball’ this often resulting in them scoring 6 runs, which had a massive impact on their final score. Some lovely batting from Anya De and good communication with her batting partner. At the end of their innings they had scored 336, a massive score to beat! As Margret’s went into bat, they knew they had to make some big hits. Unfortunately, Monica’s has some really good bowling which made a number of balls difficult to hit. The girls showed real perseverance though, in particular Ariana and Harriet both had a good batting innings facing some good bowls, scoring 29 runs in their innings. The final score was 255, making Monica’s the clear winners. Both teams should be really proud of themselves, they have come on a real journey over the last term and have showed a massive amount of progress. Well done girls!
Mrs Somerville

U10C Girls’ Cricket House Match
Date: Mon 1st July
Result: Monica’s 298- Margaret’s 273
Most Valued Player: Margaret’s Batting- Aqeelah. Fielding- Tabitha. Monica’s Batting- Anaya Fielding- Amrita
The U10Cs demonstrated how much they had progressed over the last few weeks, with them all being able to field, bowl and bat with some success playing a competitive game of pairs cricket. This is a real achievement considering a lot of them have never played cricket before, so well done girls. Both teams worked hard at fielding and batting and some girls in particular really showed some promising batting skills. For example, Ananya Gulati consistently made contact with the ball and was able to hit a 6 on a number of occasions while into bat maybe one of the reasons she was awarded play of the match for her batting skills by the opposition. In addition, Tabitha Vlok and Amrita Dhillon showed some lovely fielding with good decision making skills, preventing the batting team to score runs, again this resulted in them being awarded player of the match. Overall, an enjoyable game of cricket on a sunny afternoon.
Mrs Somerville

U9A Boys’ House Cricket
Date: Tues 2nd July
Result: St Philip’s 265 – 252 St George’s
Report: This match highlighted the improvement in understanding and ability of the U9’s Cricket at Blue Coat School. A tight and enthralling match saw both teams excel in batting and bowling. St Philip’s lead by Dylan Ram and St George’s lead by Harris Rahman, two talented young men who have produced excellent and consistent performances across the season. Philip’s went into bat first and batted a respectful 265, making the most of any opportunity to sneak in any singles where possible. Both teams were able to bowl accurately throughout the match proving to be a constant pest to all bowlers. With only 4 overs to go, St George’s needed 22 runs to beat their target. Up stepped Sam Tan to spoil any hopes for George’s taking two wickets in his over, followed by Jack Whiting and Dylan Ram to also take wickets. A tight game which was played in good spirit and with good prospect for Year 5 cricket. Well done to all involved.
Mr Melia

U9 Mixed Girls’ Cricket v Warwick
Date: Tues 2nd July
Result: Warwick 239- 220 BCS. Warwick 222-228 BCS
Most Valued Player: Batter- Eleanor Fielder- Immy Mudie. Batter Antonella Ottengo. Fielder- Emily Smallwood
Report: A great afternoon of pair’s cricket, which involved every U9 girl. The girls were raring to go, with a really good warm up as Warwick were slightly late. What a great experience for the girls to all be able to bowl, bat and field and what brilliant progress the girls have shown throughout this term. Both games were competitive and enjoyed in the beautiful sunshine. There was lots of impressive play from many individuals and all teams showed excellent sportsmanship. Well done girls!
Mrs Somerville

U9 Mixed Girls’ Cricket v Warwick
Date: Tues 2nd July
Result: BCS 249 – 243 Warwick – BCS 278 – 248 Warwick
Most Valued Player: Batter: Yi Ling, Fielder: Aiza – Batter: Polly
Report: The matches were delayed as Warwick’s bus would not start so the games began at 2.45pm. After a good warm- up both teams seemed in good spirits and ready for their match. Both teams had to bat first and showed how much they have progressed with several pupil’s scoring 4’s (Polly, Danae, Sarika) and single runs being scored by cheeky little hits into space. As Warwick went into bat I felt confident that the girls would hold their own when fielding as all our pupils bowled overarm and we took 4 wickets in total. Although the match was only 2 overs per pair due to the delay I was really pleased to see how the girls worked as a team, bowled consistently and most importantly enjoyed their match.
Mrs Bennett

U9 Mixed Girls Cricket v Warwick
Date: Tues 2nd July
Result: Warwick Prep 222 – Blue Coat 218
Most Valued Player: Great team performance
Report: Blue Coat won the toss and chose to bowl first so that they would know the total to beat. Warwick Prep opened the batting, with some of our girls having their first attempt at bowling overarm in a match. Each Blue Coat girl did really well and there were just a few wides and no balls. The Warwick Prep girls batted well and were quite conservative in when to run. In the second innings the Blue Coat girls came out to bat, and they did excellently with some brilliant hits, although some occasional overoptimism about how many runs it was possible to do, which led to a couple of lost wickets! This was a great experience for the girls to all get to play in a match against another school, and so much progress was seen since the start of term. Well done girls!
Miss Ward

U11A Boys’ Cricket v KES B
Date: Weds 3rd July
Result: KES 111- BCS – 83 KES win by 28 runs
Most Valued Player: Vinnay Ratti
Report: The U11A team packed with U10A players gave a fantastic account of themselves against KES U11B team. Considering there was a 2 year age gap between most of the players the boys performed fantastically and should be very proud of themselves. James Padley bowled one of the best opening spells I have seen for a long time take 3 wickets in 3 overs, his last ball was an absolute beauty clipping the top of off stump. However all the bowlers bowled pretty well our fielding though needs to improve both in terms of anticipation and just getting used to how hard some people can hit the ball. A few of the last seemed a bit overawed whilst batting but Freddie Trevis and Vinay showed that if the play the ball and not the bowler it was actually a good wicket with plenty of runs for the taking. As a side next years U11’s have great potential but the hard work must take place in the winter to improve our batting and fielding especially.
Mr Protherough

U11B Boys’ Cricket V KES C
Date: Weds 3rd July
Result: BCS 60 – 94 KES C
Most Valued Player: James Scurlock
Report: A gorgeous evening to be playing a game of Cricket on the front field against some former BCS pupils. Having won the toss, Blue Coat chose to field first. A solid all round bowling performance from all players showing they can challenge pupils that were for some, 2 years older. Excellent bowling from Taranvir who kept his over to just two runs, followed by Hari Phillips only letting 4 runs scored however also taking a wicket. A solid performance in the bat from James Scurlock scoring 22 runs before being bowled and Yusuf Douis who displayed excellent defensive cricket and was forced to retire. A great experience for all the players involved.
Mr Melia

U8 A & B Boys’ House Matches
Date: Thurs 4th July
Result: St George’s 3 wins and a draw
Most Valued Player: Wilf Crow-Marcetic for accurate bowling and powerful striking.
Report: The U8’s showed great potential in their respective house matches on Thursday afternoon. All teams acquitted themselves well with St George’s running out winners overall thanks to some fine bowling and some powerful hitting. In truth though it was just great to see such a standard at U8 which bodes well for the future.
Mr Protherough 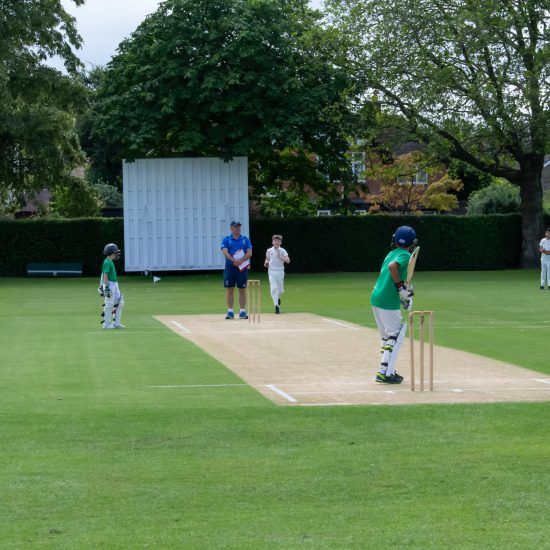 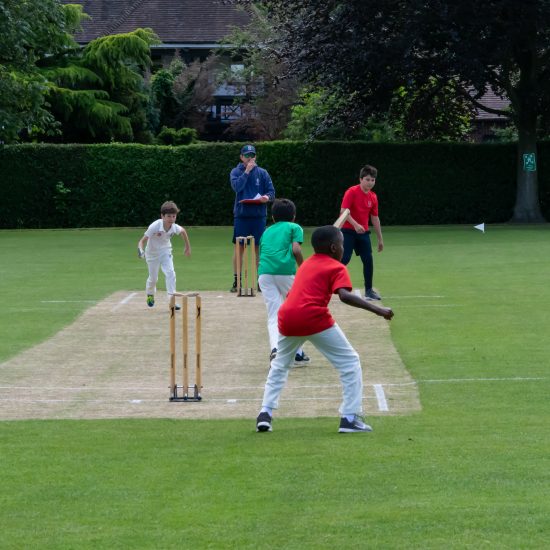 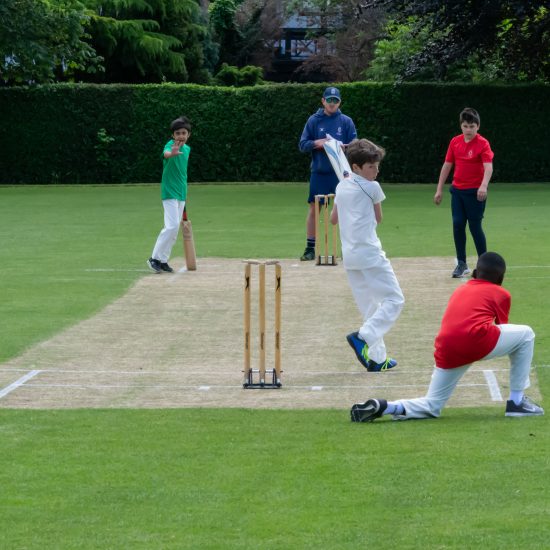 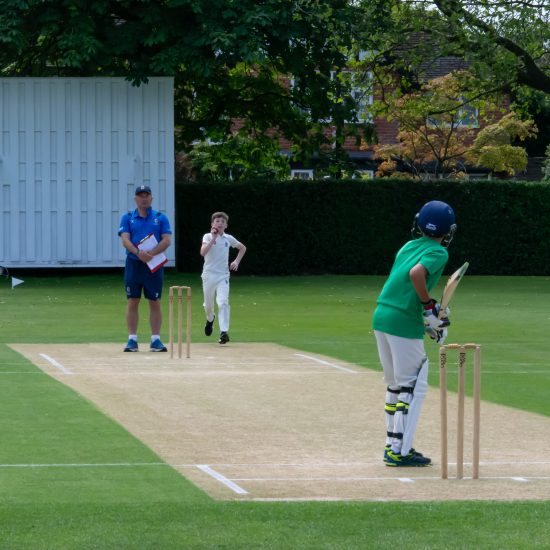 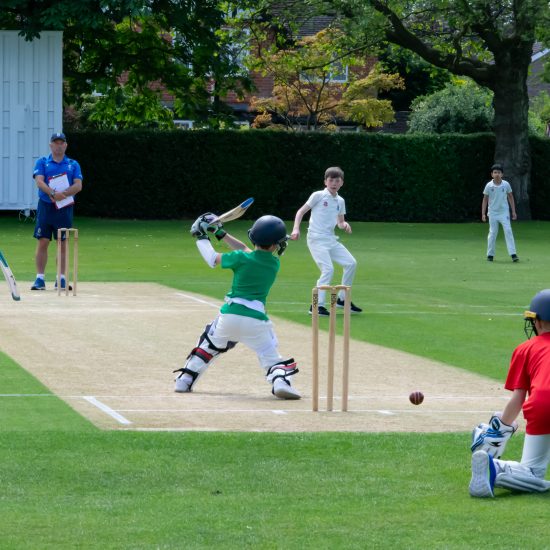 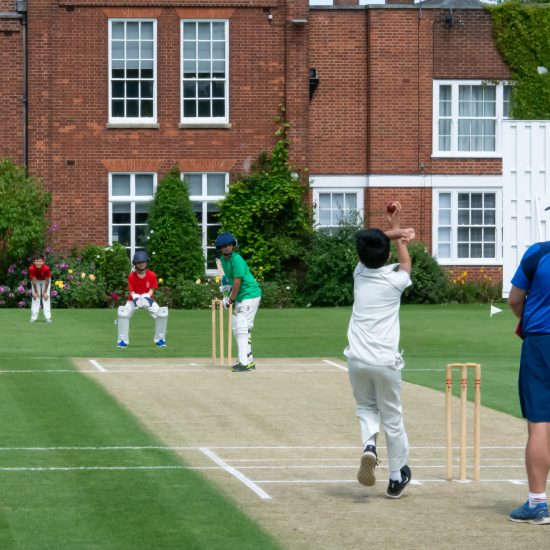 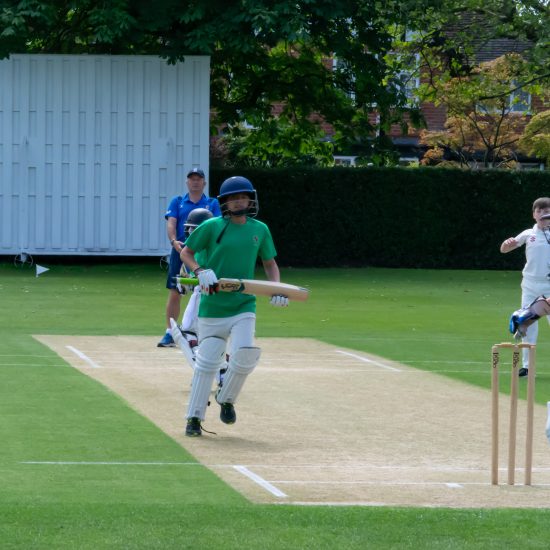 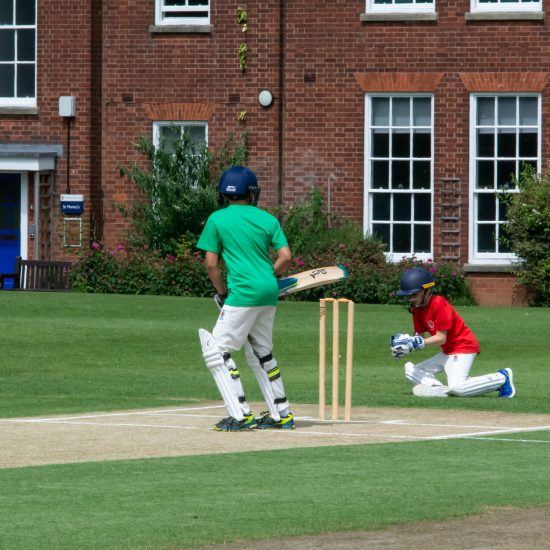 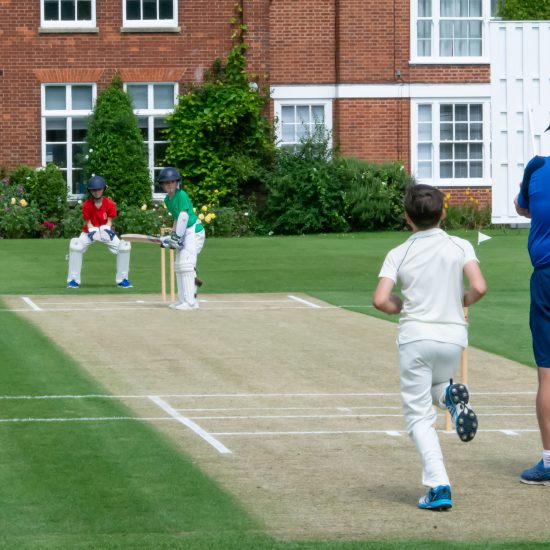 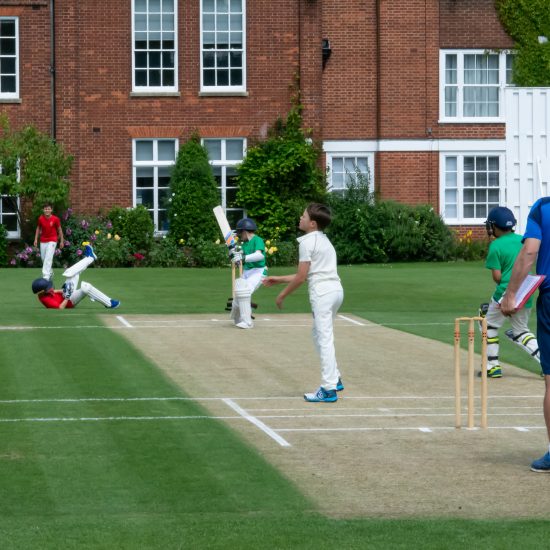 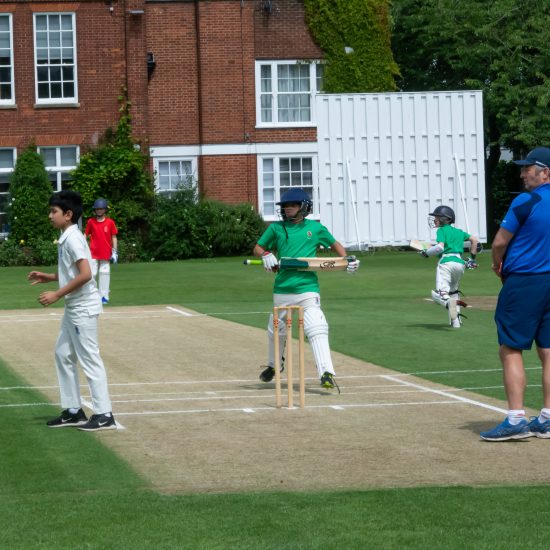 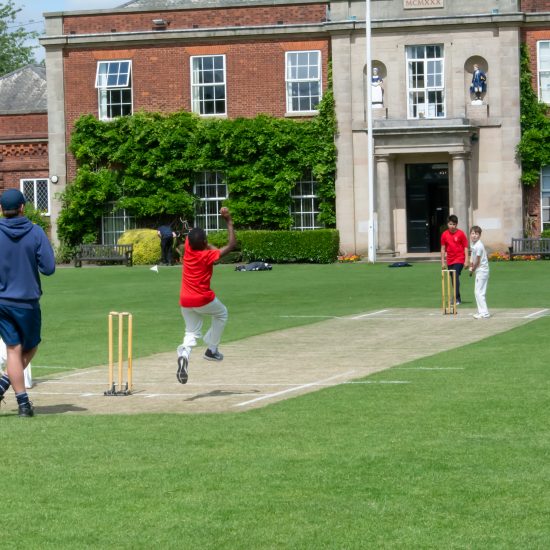 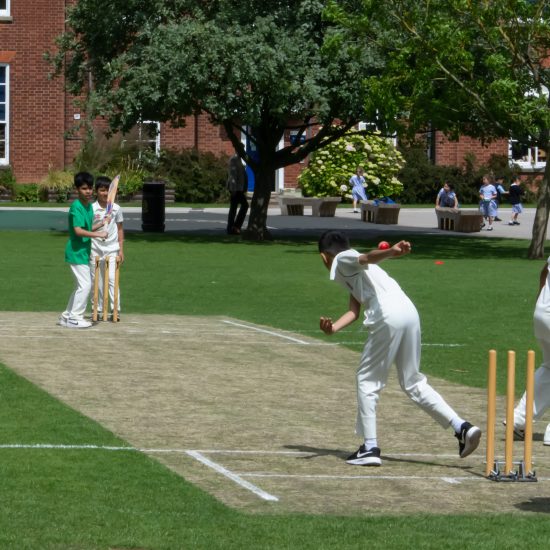 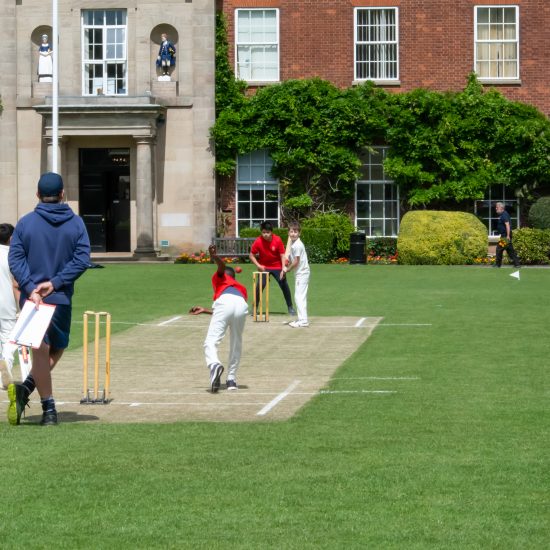 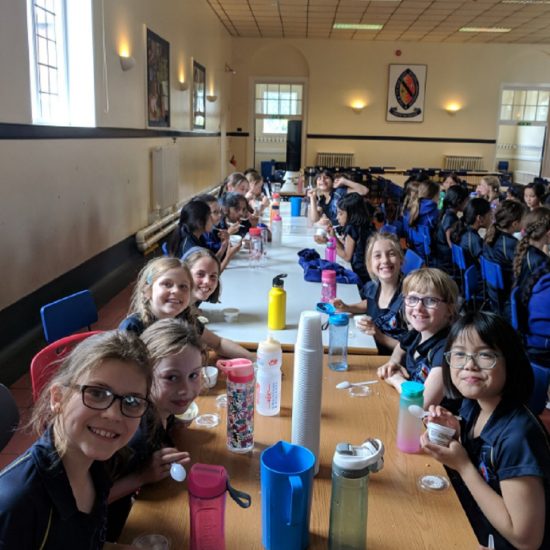 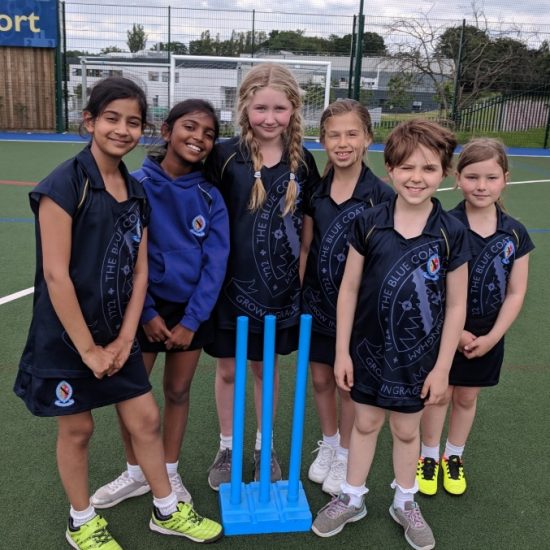 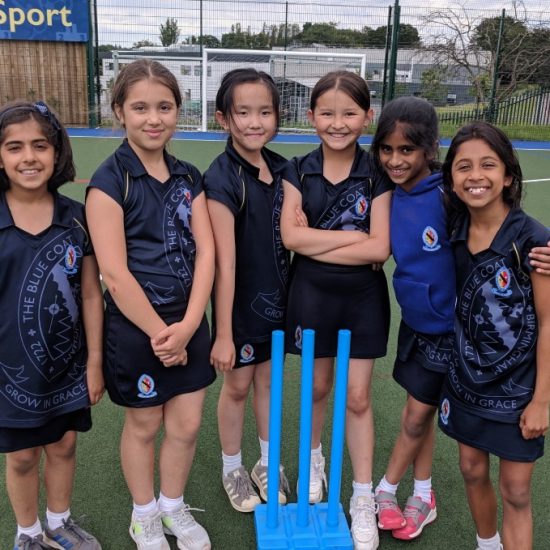 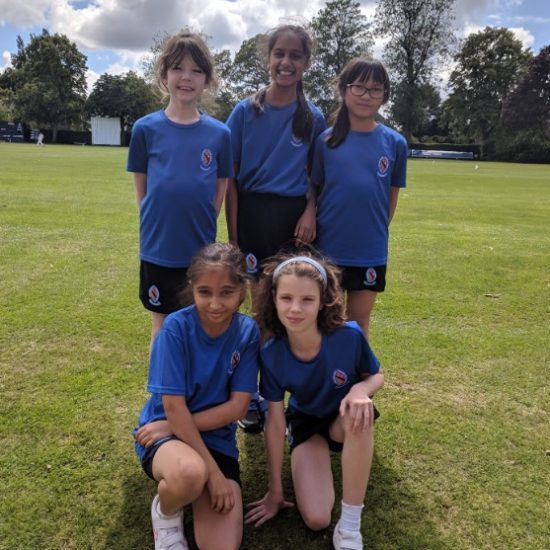 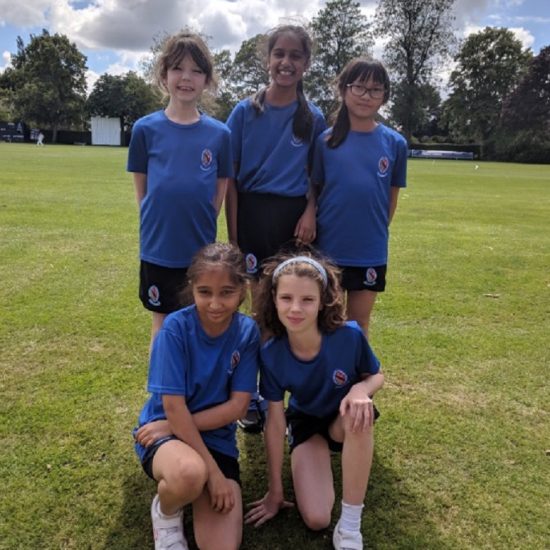 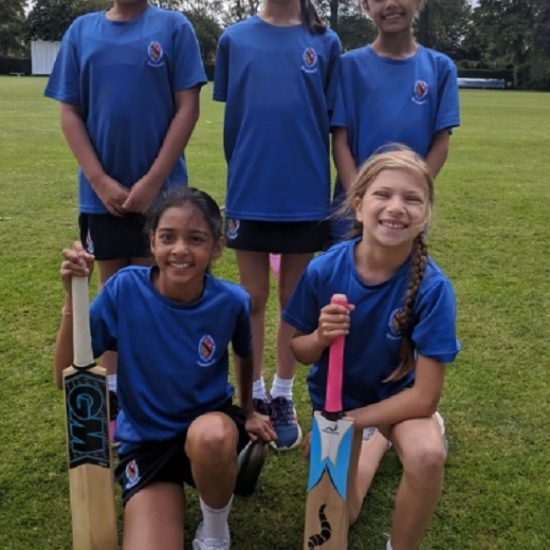 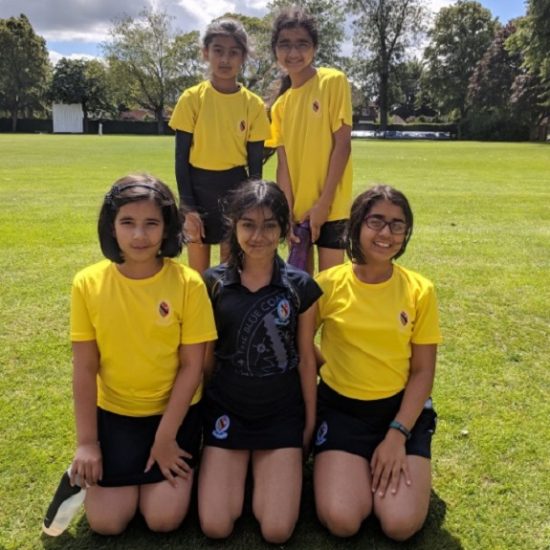 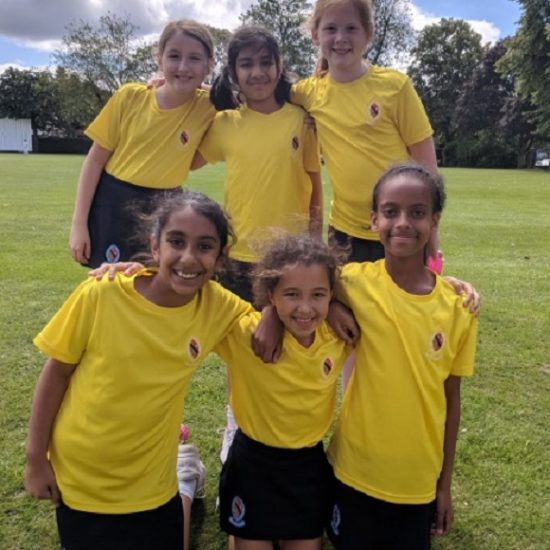 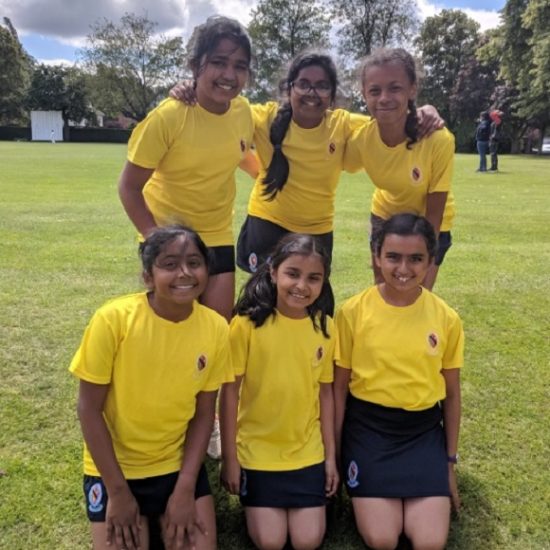 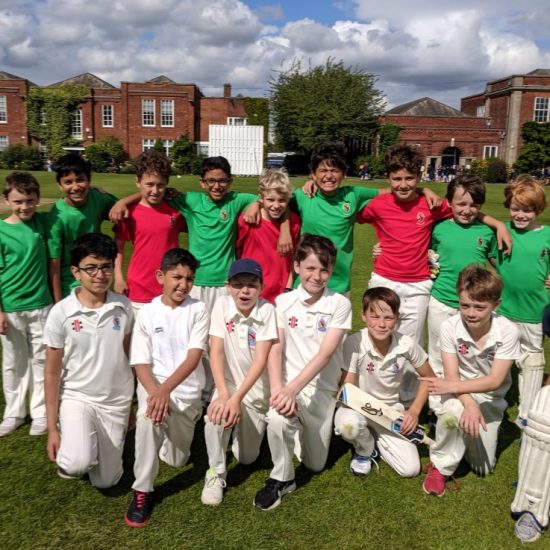 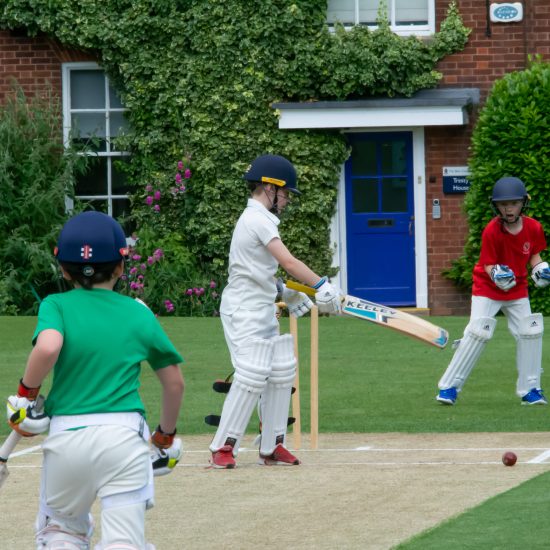 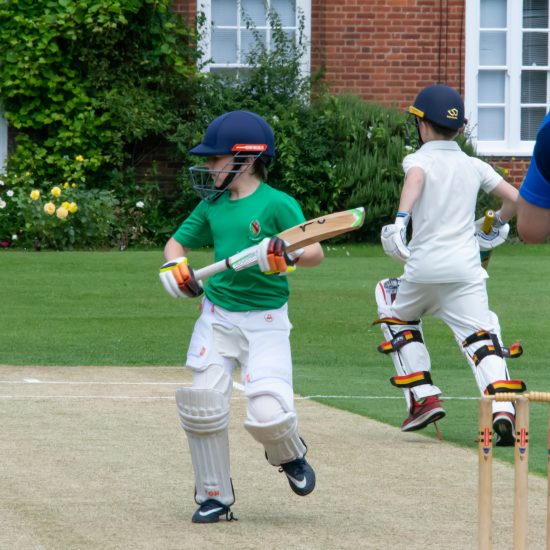 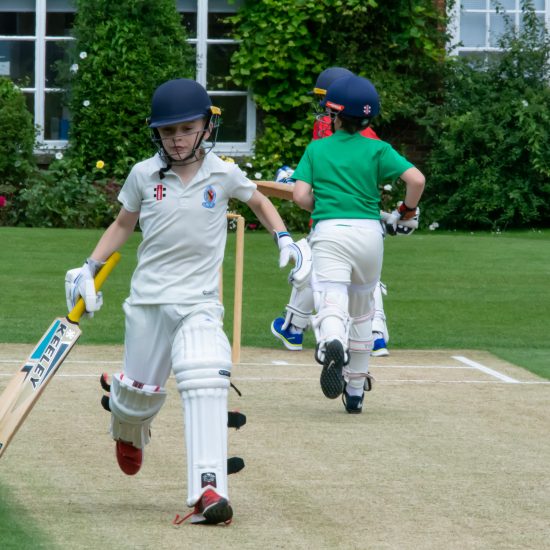 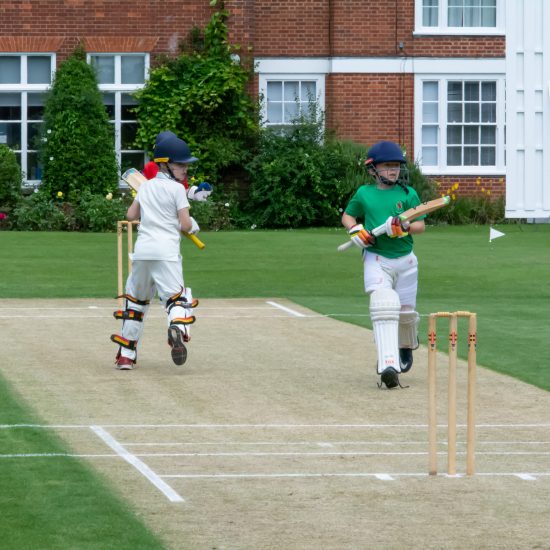 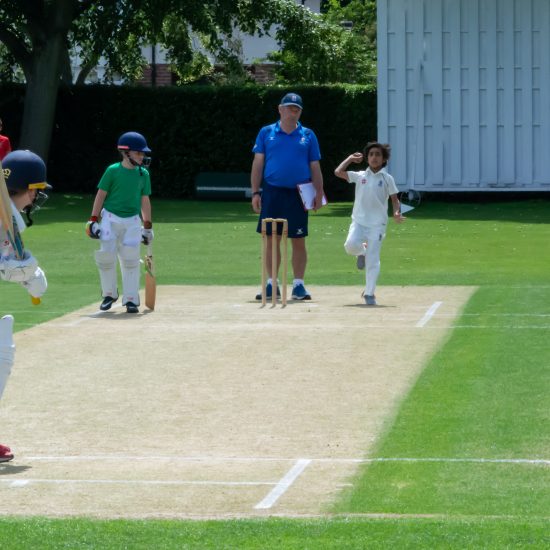