‘Sshin – Nyen Haoww’ chorused the children in Class 2S as they led an assembly in Pre-Prep about Chinese New Year. The children mentioned about traditions that accompany this colourful time of the Year, from the dragon procession, delicious food and lanterns to the exciting red envelopes that are given to Chinese children. With super acting, the children performed a play to show how the years became named after animals. Everyone watched as twelve animals had a race, which the rat won with its clever thinking. The Year of the Rat became the first year in the cycle of Chinese years, which happens to be the year that we are currently celebrating. Did you know that some of class 2S were born in the Year of the Snake and some were born in the year of the Dragon? Do you know which year you were born in?

Thank you for sharing about this important celebration, class 2S, so we can celebrate this lovely time of year with our Chinese friends. You were all stars! 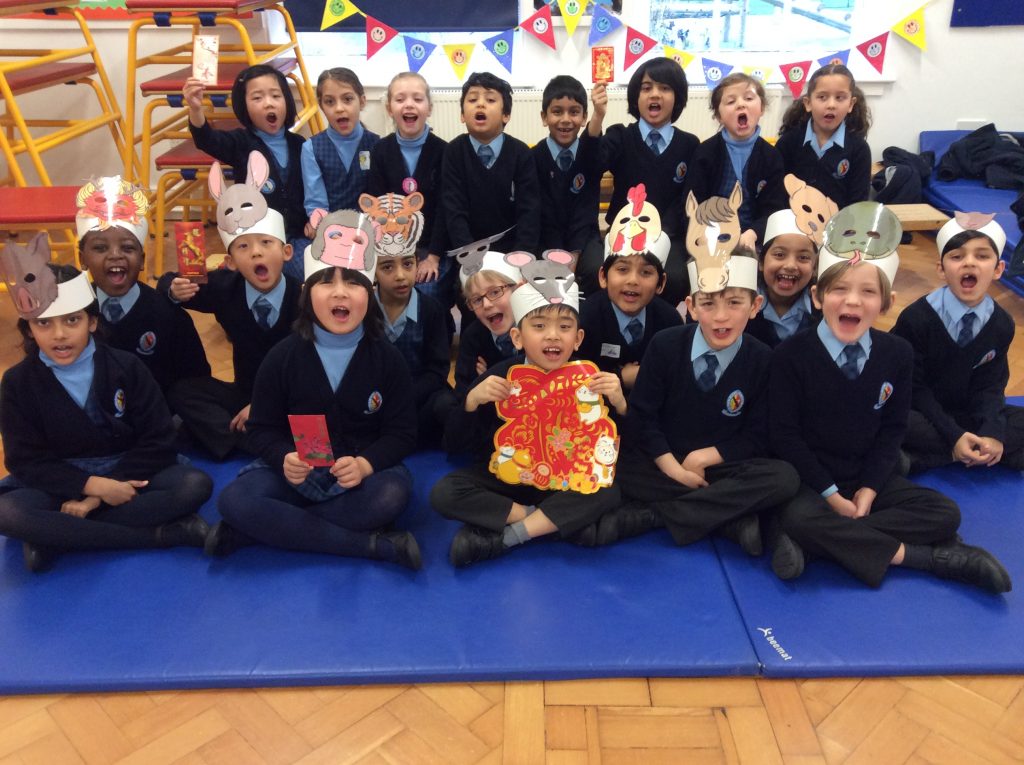