Year 4 children have been lucky enough to sample some culinary delights in their French lessons this week.  As part of their current topic on food and drink, Mr. Moss kindly agreed to host a French cheese tasting session for each class throughout the week.  We sampled brie and roquefort, which are known as the Queen and King of cheeses in France, as well as a delicious fondue with breadsticks and crudités.  Back in the classroom we were able to link together our opinion vocabulary (J’adore / J’aime / Je n’aime pas / Je déteste) with the food that we sampled, and there were cries of, “J’adore le brie” alongside declarations of, “Je déteste le roquefort!”

The Year 5 French pen pal exchange children have also been busy making Easter cards to send to France.  As a way of practising clothes vocabulary which we studied in the Michaelmas Term, the children also wrote a description of their school uniform alongside their cards.  We are interested to hear back from the children in France what they wear to school, as many of our children were surprised to learn that they don’t have a school uniform. 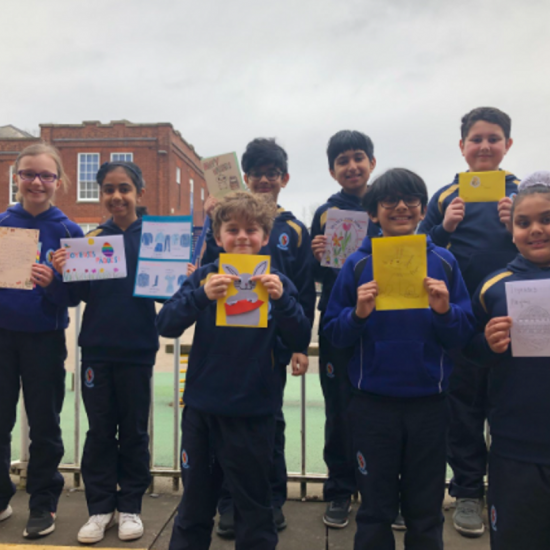 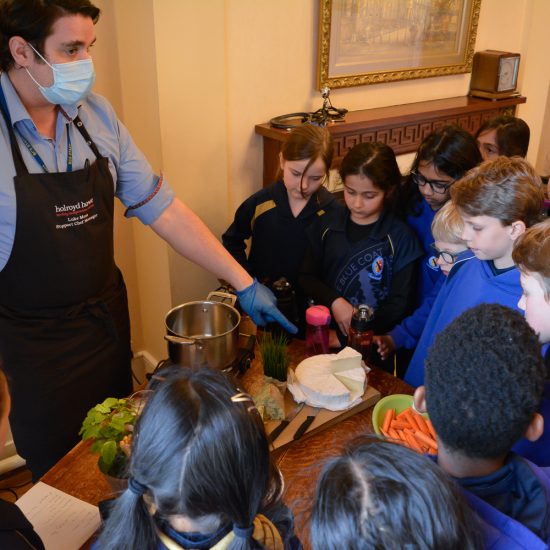 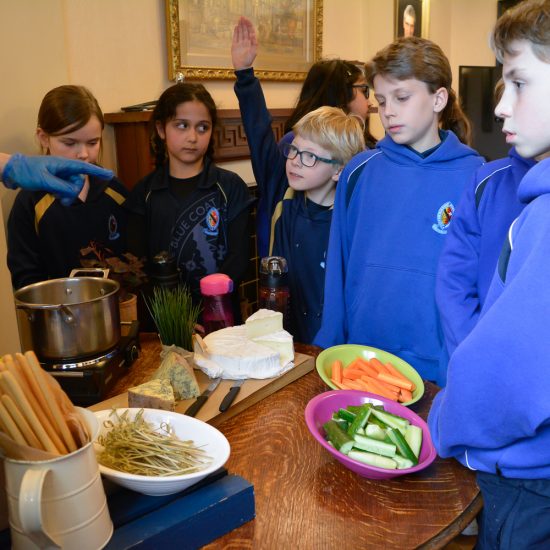 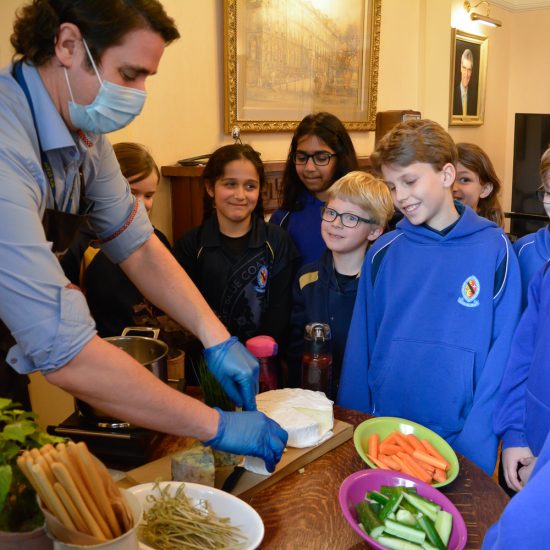 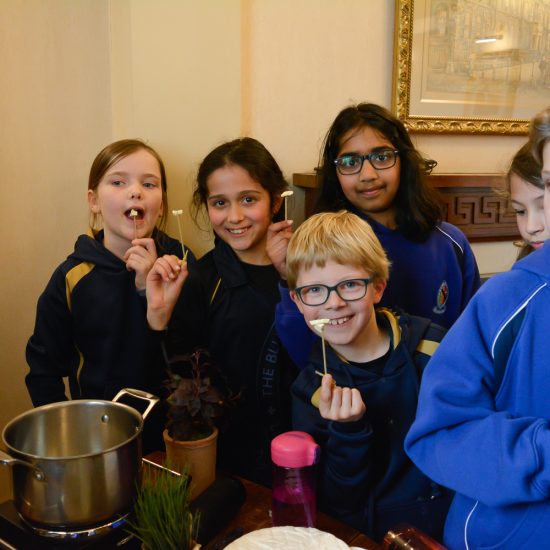 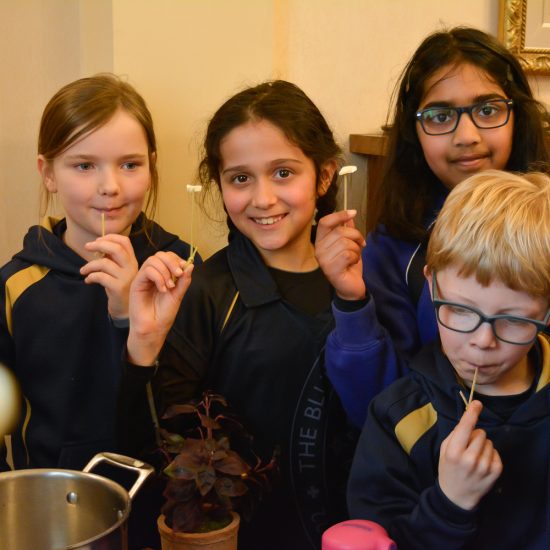 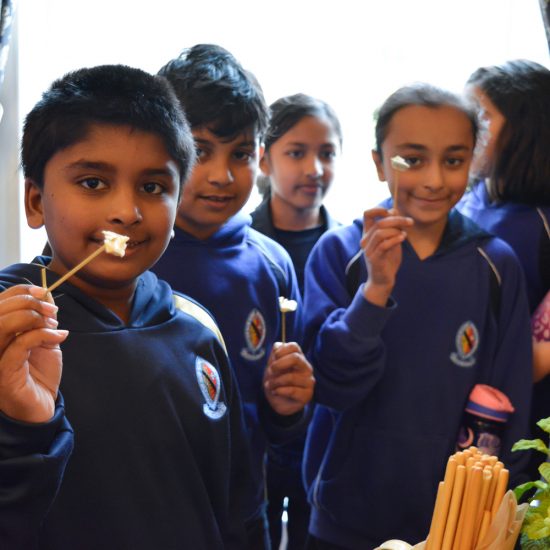 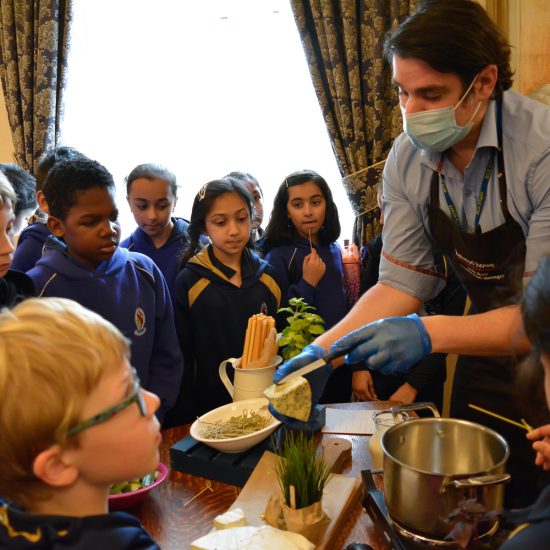 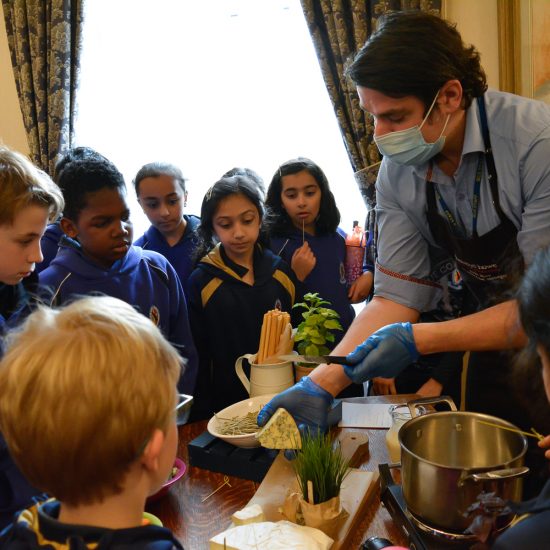 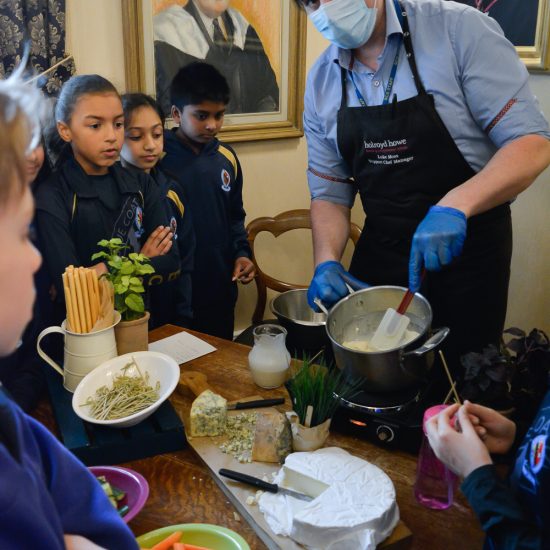 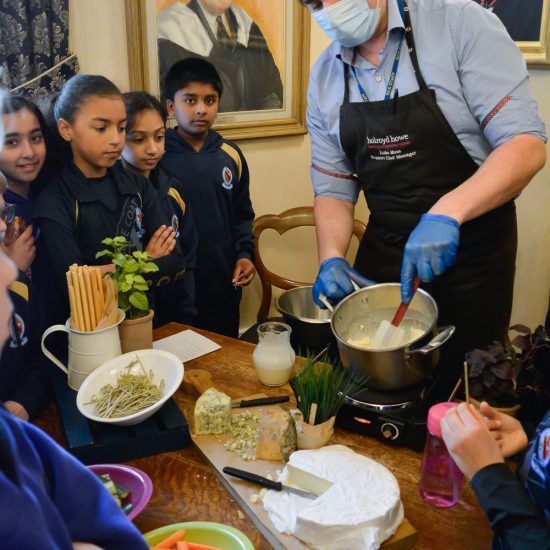 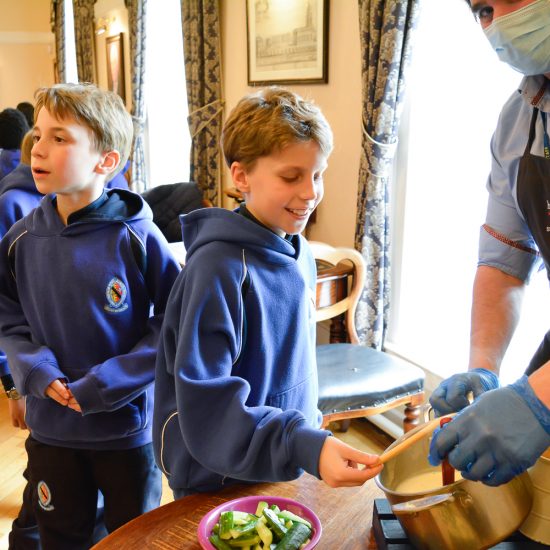 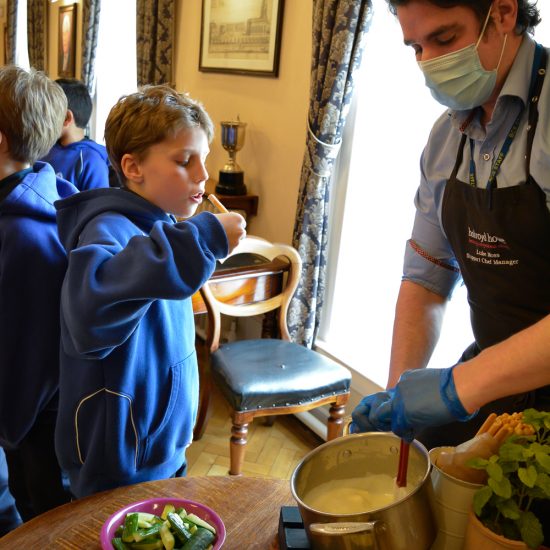 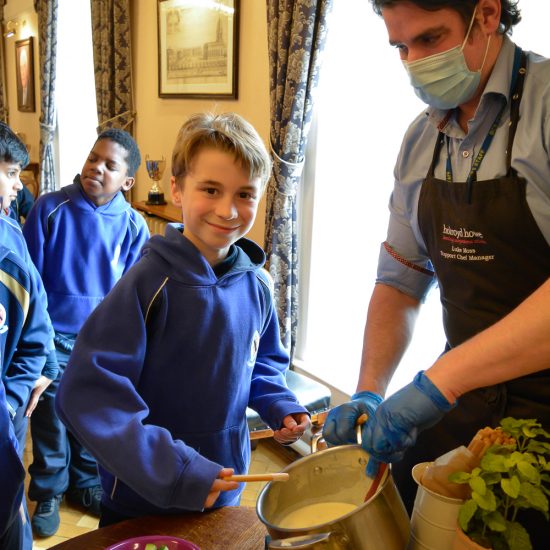 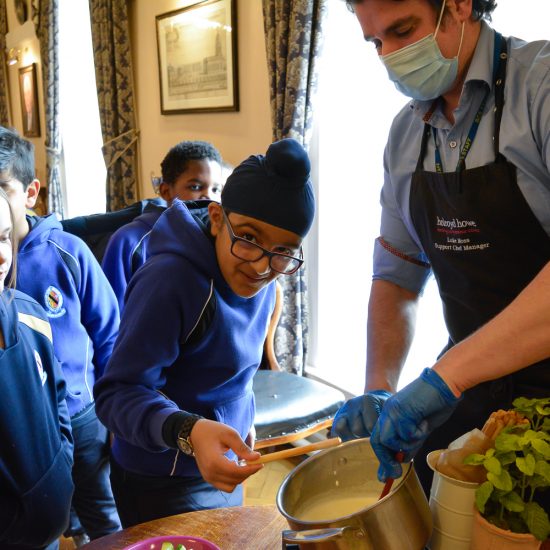 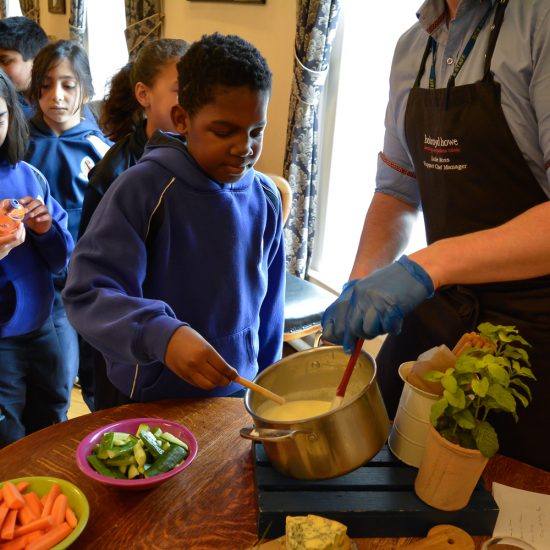 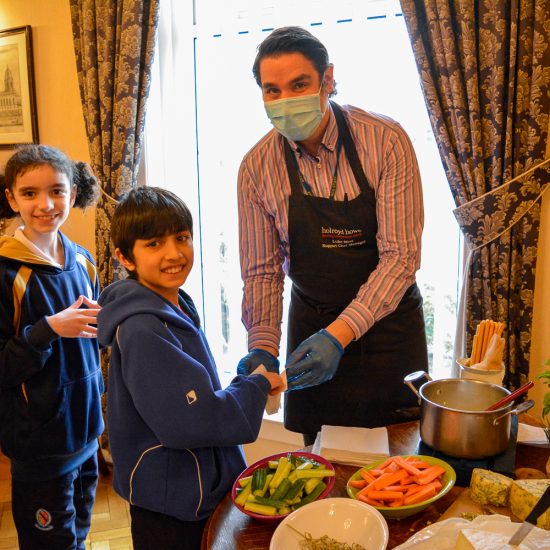 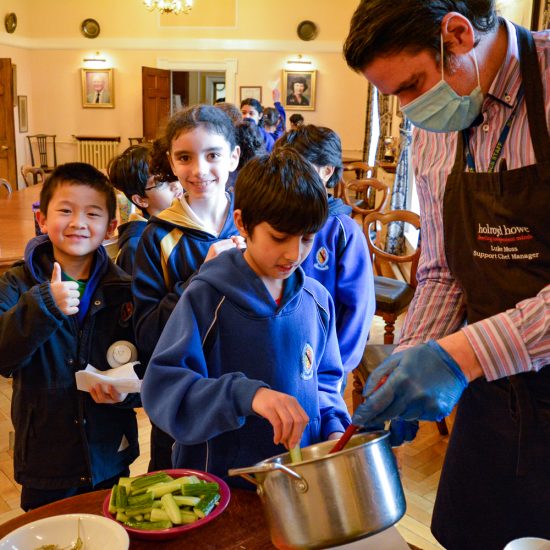 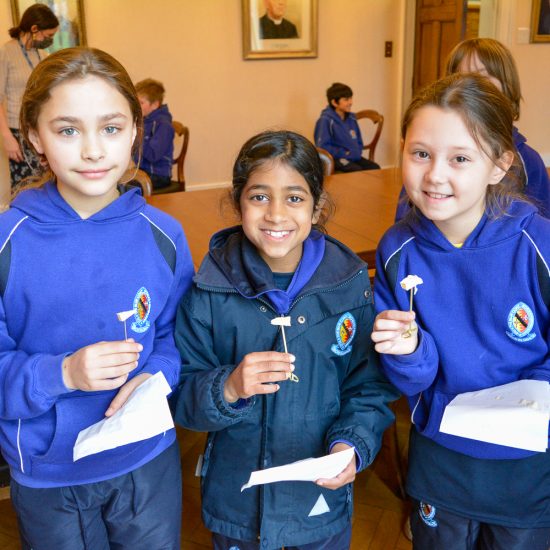 Prep School of the Year

The Blue Coat School is thrilled to have been shortlisted for Prep School of the Year, for the second year running! This was based on our performance in the 2019-20 academic year and recognised our efforts during the COVID-19 pandemic, as well as all the things we continue to do to live out our…

This week Chapel became an Easter garden, bursting with the colours of Spring! Every year group bubble had the opportunity to visit the garden for their own Easter service. Nursery and Reception learnt that 3 shapes can help them to remember the meaning of Easter: a heart, a cross and an oval egg! Meanwhile Years…

This year’s annual celebration of Shakespeare Week ran from 15 – 21 March 2021. The pupils in Year 6 couldn’t wait to get involved and were truly inspired by A Midsummer Night’s Dream. First performed around 1596, Shakespeare’s comic fantasy of four lovers who find themselves bewitched by fairies is a sly reckoning with love,…

Year 3 arrived at school looking magnificent in their Roman outfits with everything from slaves to senators, soldiers to generals. Throughout the day the children got to create four things from the Roman era. With Mr Martin everyone got to create a Roman mosaic looking at examples that have been preserved from across the Roman…

We published our list of winners and highly  commended performers last week. We have been thrilled to have live music back in School this week, as our Class winners performed to their respective year groups. The level of proficiency across all our performers was absolutely magnificent, and we will share a video of the finalists with…

Well what a week it has been back in school for Year 3. As well as the excitement of seeing all our friends again it has been an action packed week. British science week has been enjoyed by all and Year 3 came up with really imaginative and innovative designs for bridges and rockets, really…

We were excited to welcome back all of Reception and had a very exciting topic for our first week back together. We have been learning all about dinosaurs. The children listened to the story ‘Tyrannosaurus Rex’ by Julia Donaldson. They then had to use their imagination and write what they think the different dinosaurs might…

Innovating for the Future!

This week marks British Science Week, with an overarching theme of Innovating For The Future. In Pre-Prep We have taken part in lots of exciting scientific projects and investigations, including creating posters with the theme of British Science Week in mind. We have also been learning about ‘smashing stereotypes’, where we have learnt that, although…

The Big Bad Wolf, The Cat in the Hat and his reliable Thing 1, The BFG, Miss Trunchbull, as well as a Tiger all came to the Mad Hatter’s tea party in order to help celebrate World Book Day. Lockdown could not deter the enthusiasm of all the children and staff at Blue Coat, who embraced the day in high spirits,…

In Pre-Prep the children have been diving into brilliant books and watching an array of live author/illustrator events this week to celebrate World Book Day. Ladybirds, caterpillars, cats, witches, wizards and a host of other fascinating faces lit up our screens yesterday as we explored the wonder of reading. Reading for pleasure is at the…