Fun on the netball court! 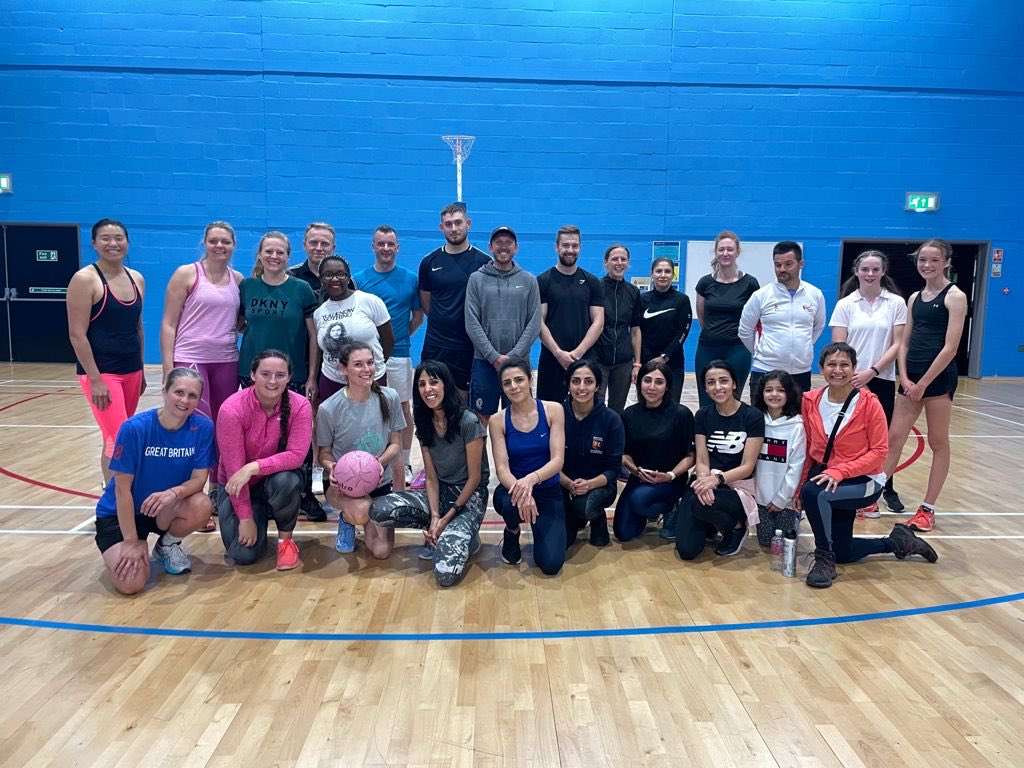 What happens when you put a handful of staff, a group of parents and a game of Mixed Netball together? A fast, fierce, highly entertaining and competitive evening!

It was fantastic to see so many people enjoying playing the sport. With a brilliant turn out, we managed to fill three teams, allowing us to play a round robin tournament. With lots of different levels of experience no one could predict who was going to be victorious, which added to the excitement. The opening match saw Team A and Team B play against each other in an extremely close game, ending in a draw 3-3. This set the standard for the next few games.

The game of Netball has lots of very specific rules and some players who shall remain nameless, struggled with the ‘obstruction’ rule, giving looks of confusion to the umpire, when the whistle was blown again and again on them! However, Rob was an invaluable umpire for the evening and was quick to help the players through the game.

The beauty of mixed Netball is seeing lots of fast passages of play and all the matches were really compelling to watch, with the majority of the play going end to end.

Unfortunately, Team C were unable to take a win in their matches, leaving Team A and B to face each other again in the final. This was the point in the evening where everyone’s competitive side turned up a notch, or that could have been just me and Mr Newman. I know I was shouting more than I needed, all in good spirit of course!

From the first whistle Team B stormed off into the lead, they worked the ball down the court really well and seemed to score goal after goal. A special mention to Sarah Stacey who had an excellent game as Goal Shooter, able to hold off Mr Coley’s super defending skills and she didn’t miss a shot! Team A didn’t give up though and fought for every single ball. Although it felt a much closer game than it actually was, Team B, in the end, did win comfortably. Well done all!

Irrespective of the results, it genuinely was a really fun evening and a lovely way to bring the staff and parents together. In a world where life is fast and busy, an evening of Sport was a perfect way to let off steam. Thank you to everyone for coming, I really hope you enjoyed it as much as the staff did.