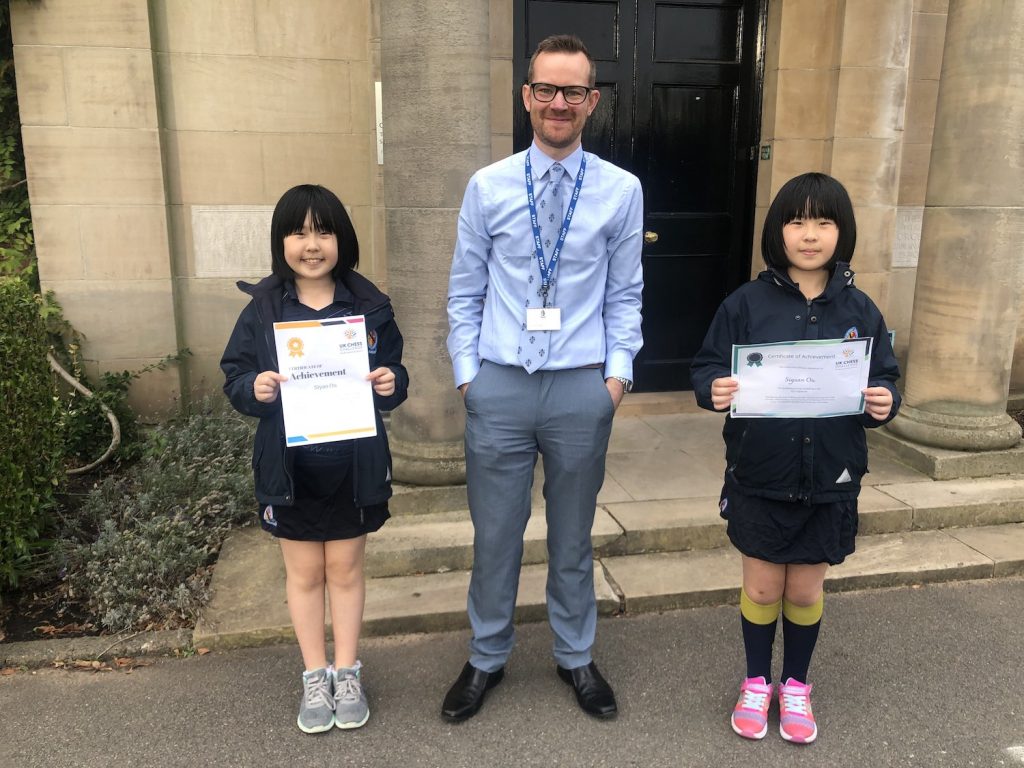 Congratulations to Siyao who has recently become the only girl to qualify from Birmingham in her age group for the UK Chess Challenge Terafinal 2021. This year, only 6 girls have managed to get through to Terafinal stage in Siyao’s age group across the entire UK. A talent for chess most certainly runs in the family as twin sister Siyuan was the first girl from Blue Coat to qualify and participate in the 2020 Terafinal.

The Delancey UK Chess Challenge is the largest chess tournament in the world, which consist of Megafinal, Gigafinal and Terafinal competition stages. Only the top 0.5% of entrants reach the final stage of competition, known as the ‘Terafinal’.

Siyuan also played very well in the 7 rounds of the Gigafinal competition battling against highly experienced opponents. Unfortunately, she just missed out by one point on qualifying for the Terafinal with her sister.

Thank you to  Mr Fallowfield for his continued support in BCS Chess Club. We look forward to seeing more BCS achievements in the new chess competition season!