We Are Regional Champions! 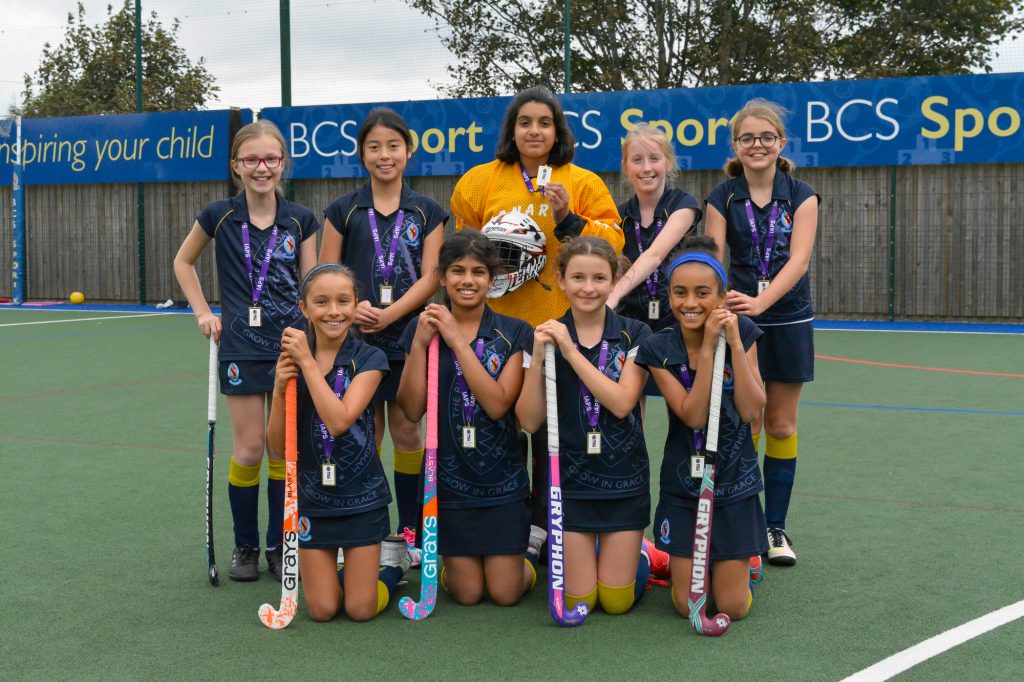 Having previously won the RGS U11 Tournament last week I knew that the team, on their day were ready for the IAPS Regionals. We started the day with a short warm up before we began on our journey to become Regional Champions. The format was ten minute matches, in one direction, with a ten minute break in between matches. We had seven teams in our pool and then it went through to the knockout stages. When playing in a Tournament the aim is to understand the importance of winning and to try to keep your goal difference down.

We played our first match against Kingshott and we won 1 -0. Our next match was versus Wellingborough and we had a very comfortable win of 4-0 with Ria B scoring a hat trick. With no time in between we found ourselves playing Beachborough early and again had a lot of possession and won 2-0 with Ria U scoring.

The biggest threat in the Pool came from Bedford girls and luckily Nush did a wonderful job of player marking their best player out of the game and they had no other tactic to knock down our defences so again we continued on our winning streak 1-0. Next we faced Old Hall and we did take a dip at this point as we had played non stop back to back since our first game. However, we maintained our dominance and Rosa seemed relaxed in defence as we won 2-0. In our final pool match I was aware we had made it through to the knockout stages and the excitement of the day was flowing. The team had another good win over Laxton 2-0. We finished top of our pool and conceded zero goals, which is an achievement in itself.

We then entered the knockout stages and faced The Croft who had came second in Pool B. Again we were dominant with Susie showing her talent driving past players and whilst we had players in the right place the ball just did not want to go in the goal. The Croft had 2 attacks and Li and Beatrice literally put their whole body on the line to force the opposition’s players out so we were awarded a hit out. Tia also made a crucial save which kept our spirits high. Our chance came and we finally took it with Lois and Ria busting a gut to get to the posts ready to score. We won 1-0 to qualify for the Final.

Now the Final was again a period of 10 minutes with a 5 minute Golden Goal played if the score remained 0-0, then penalty flicks. I told the girls to play with passion and all their heart for the next ten minutes. I knew these girls would literally do anything for their team. I have never felt as nervous as I did throughout this period of play which we completely dominated. Warwick Prep (King’s High) came out of their half once and in all fairness possibly had the best opportunity of the match but luckily the ball went past all 3 Warwick players and we were awarded a hit out. We continued our drive forwards and a penalty corner was awarded seconds before the full time whistle went. It was nil, nil, with Li about to inject the last set play of the game (the penalty corner is allowed to be taken even though the final whistle has been blown and the match does not end until the ball is cleared from the shooting circle). Susie received the injection and shot, keeper saved. Ria played the ball back across the front of the goal and Li had perfectly positioned herself to sweep the shot and score. Wow what a feeling! The team were all jumping, Mr Melia was whooping and I simply fell to the floor punching the sky.

With complete grace our girls turned and cheered for Warwick who had put up a good fight and then ran to their parents who came to support. What a lovely moment! I was congratulated by the Rugby School Headmaster and Director of Sport on how our team played but it is simply the girls’ desire and love of the game that won them the title. Three parents were also approached and were offered Sports Scholarships at Rugby School and in addition to this Susie Tomlinson was awarded Player of the Tournament (voted for by their umpires). I now look forward to continuing to work with the Squad and preparing them for Nationals at Millfield School. 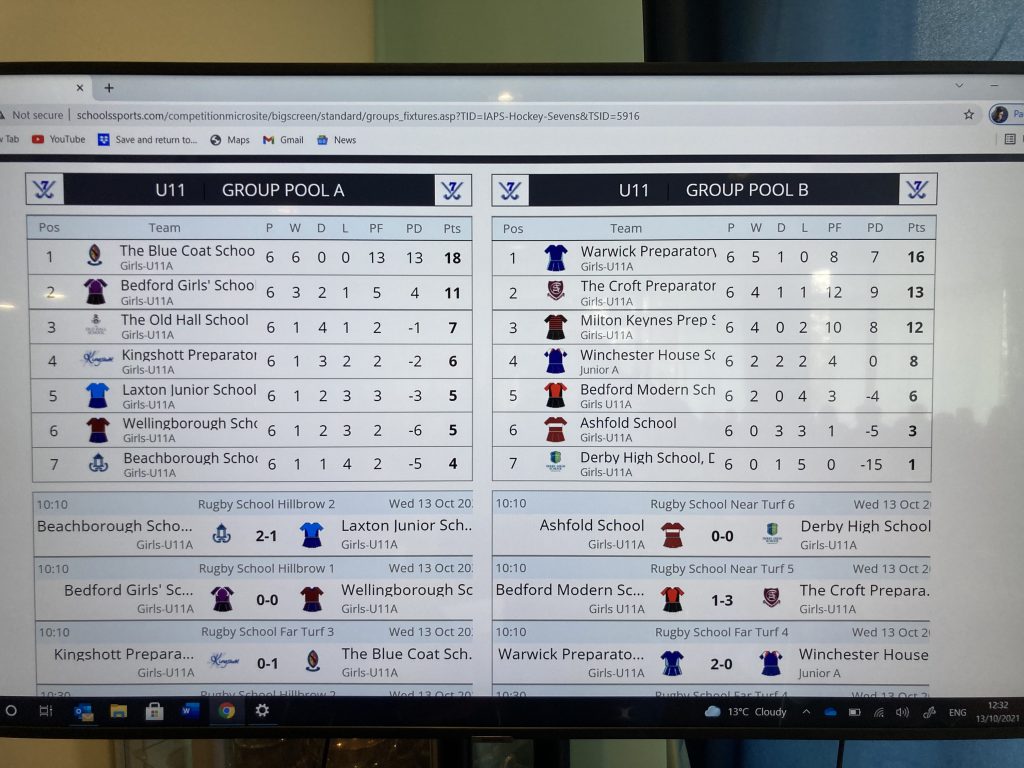