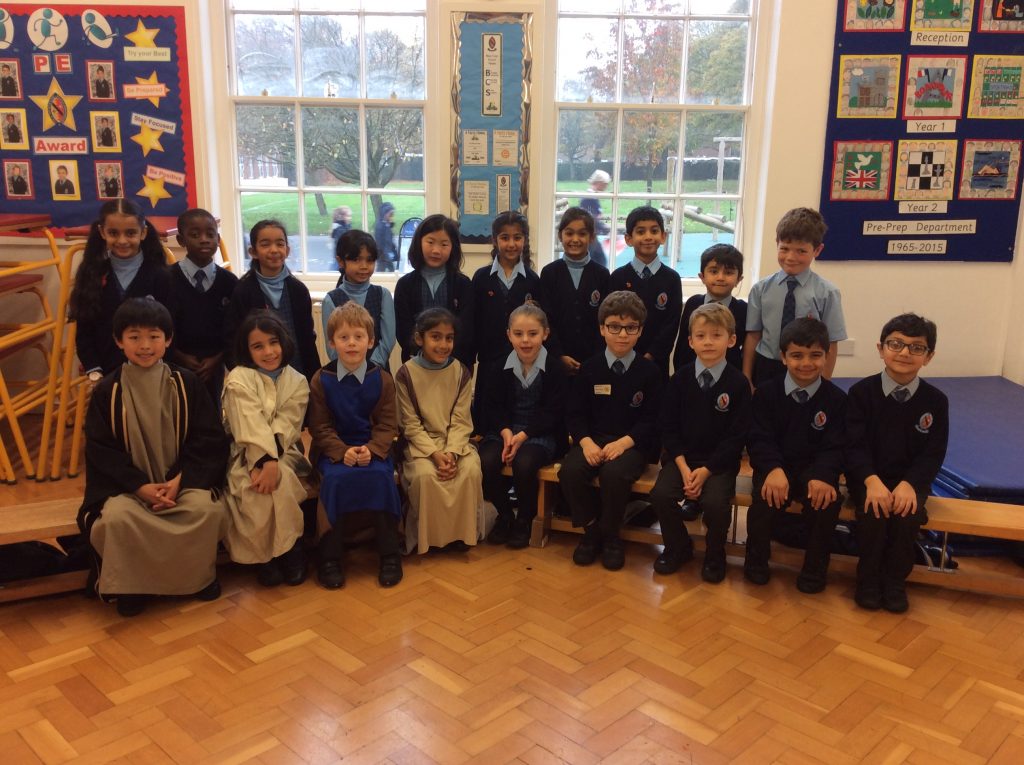 This week, 2EW have reflected on the meaning and importance of remembering those who have fought in wars to protect others. They have learnt about some inspirational people: Elsie Maud Inglis, who set up a hospital to help wounded soldiers; Amar Singh, who chronicled his experiences of World War I in depth; and the highly decorated Walter Tull, who became the Officer of his Football Battalion.

These people taught the children that everybody is valuable, there is always hope and that we can create a peaceful world together.

The Biblical story of Jesus Calming the Storm was a key part of 2EW’s assembly. In the story, Jesus’ disciples were on a boat when a furious storm came. They were worried that they might drown but put their faith in Jesus to help them. Jesus rebuked the wind and commanded “Peace! Be still!” after which the storm ceased. Christians believe that when they are scared and need to be brave, Jesus will look after them and keep them safe.

Well done to everyone in 2EW for learning your lines and performing so beautifully. You should all feel very proud of yourselves! 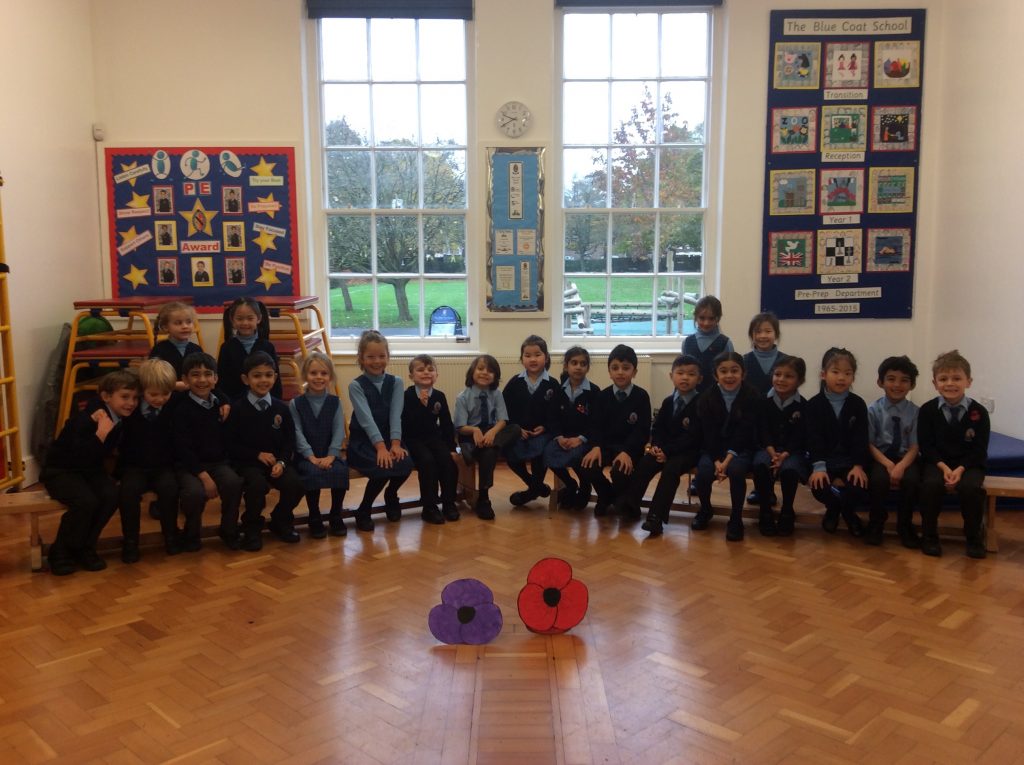 Class 1V presented their first assembly based on the theme of remembrance. They remembered fun and enjoyable times that had happened in their past, such as birthday parties and family holidays. They told how it is easier to remember the good times and things that have happened most recently. Whilst events that happened a long time ago are harder to remember. They explained why Remembrance Day is so special and the importance of wearing a poppy.

Well done Class 1V, for presenting such a thought provoking assembly and for speaking so clearly.

Nursery also spoke about Remembrance Day and displayed the poppies they have made on the Pre-Prep walls. They also learnt about why there is a purple poppy.

The purple poppy is often worn to remember animals that have been victims of war. Animals like horses, dogs and pigeons were often drafted into the war effort, and those that wear the purple poppy feel their service should be seen as equal to that of human service. In particular, many horses were killed or injured in World War One.