Cricketing Awards For Wilf and Armaan 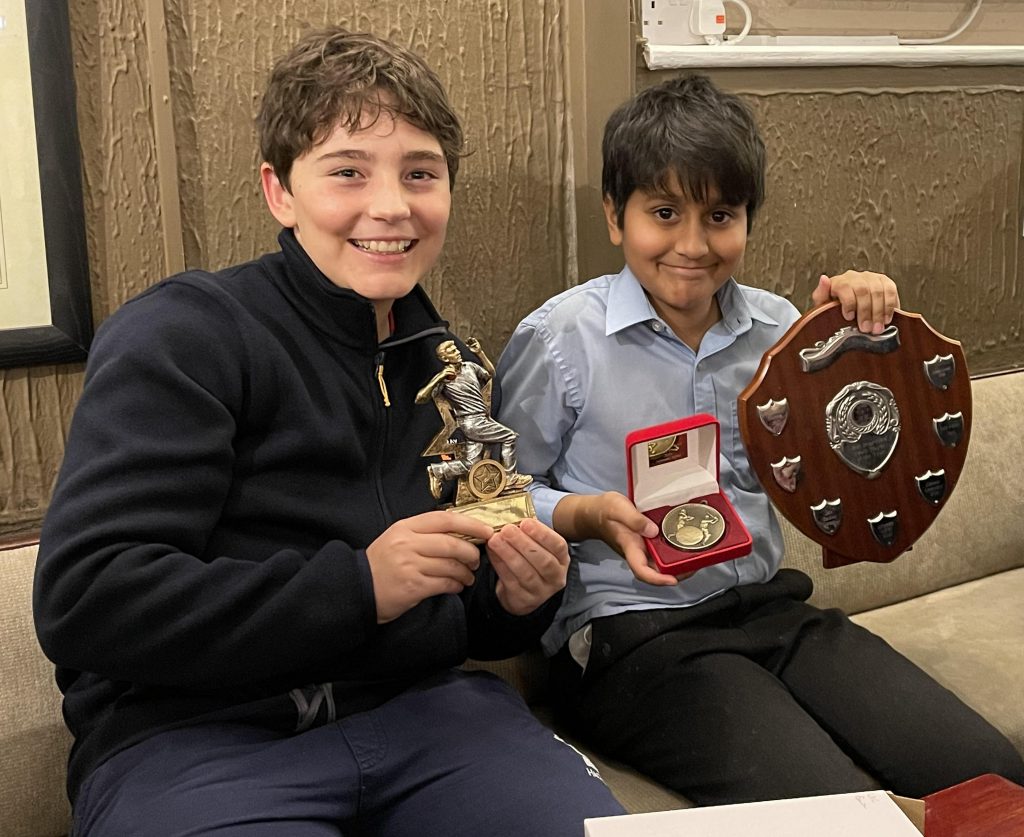 Congratulations to Wilf and Armaan in Year 6, who both picked up awards at Romsley and Hunnington Cricket Club at the weekend.

Wilf was named ‘Bowler of the Year’ for taking the most wickets in the Club’s 5 summer matches against other north Worcestershire cricket clubs – Hagley, Kidderminster and Bridgnorth. This was judged in the under 12 age group so Wilf did extremely well as he was playing in the Under 10s!

Armaan won the award for the ‘Most Improved Player’. His confidence playing against the older children and his own improved ability by the end of the summer was outstanding. Well done Armaan for your perseverance and massive improvement which caught the eye of the Awards Committee.