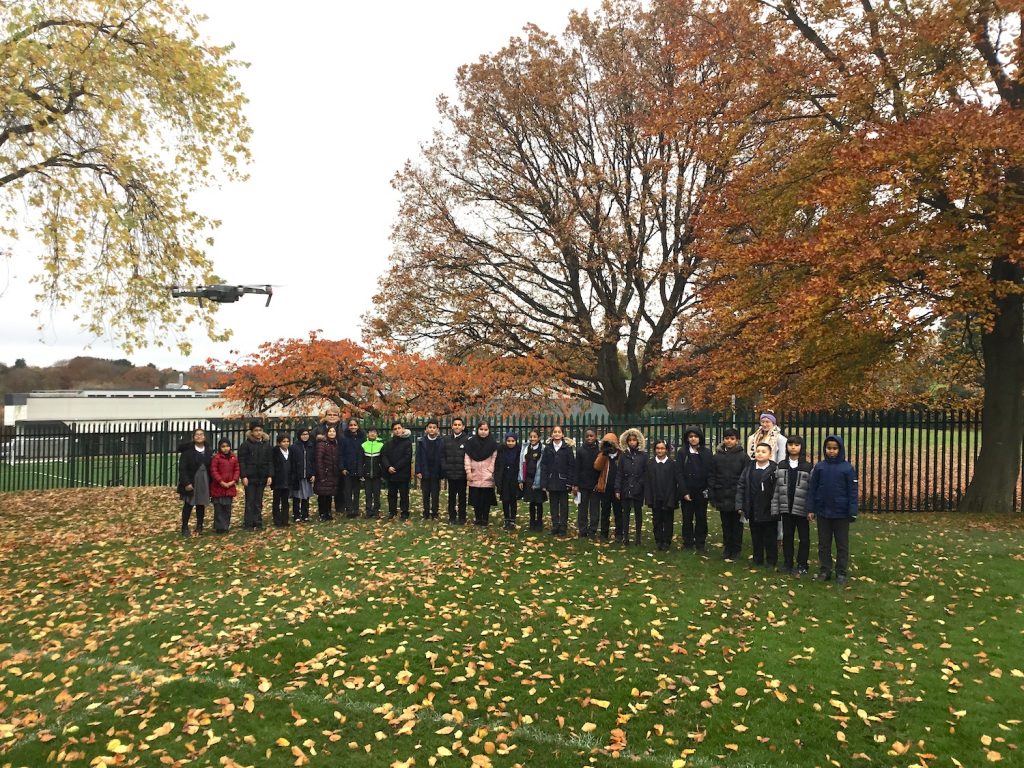 Yesterday we were delighted to welcome 24 pupils from Thornton Primary School for a Multi-Media Experience Day. The aim of the day was for children to produce their very own live TV newscast. Working as part of a production team the children tried on-camera presenting, behind-the-scenes producing, directing, graphics creation, editing pre-recorded video segments and more. The challenge was there for everyone: whether they were editing scripts, shooting on green screen, filming and editing video, or operating cameras and the sound mixing-desk. The Location Team also recorded separate news packages in the school grounds and we even managed to squeeze in a drone shot of everyone saying goodbye.

Every single child had a role to play. Some chose some of the technical roles (camera operators, sound, graphics, switching) and some chose to be presenters. Lots of children were challenged to step out of their comfort zone and to do something completely new to them. It was so rewarding for the children to watch their 5 minute TV newscast, the result of a really fulfilling day’s work. Well done everyone!