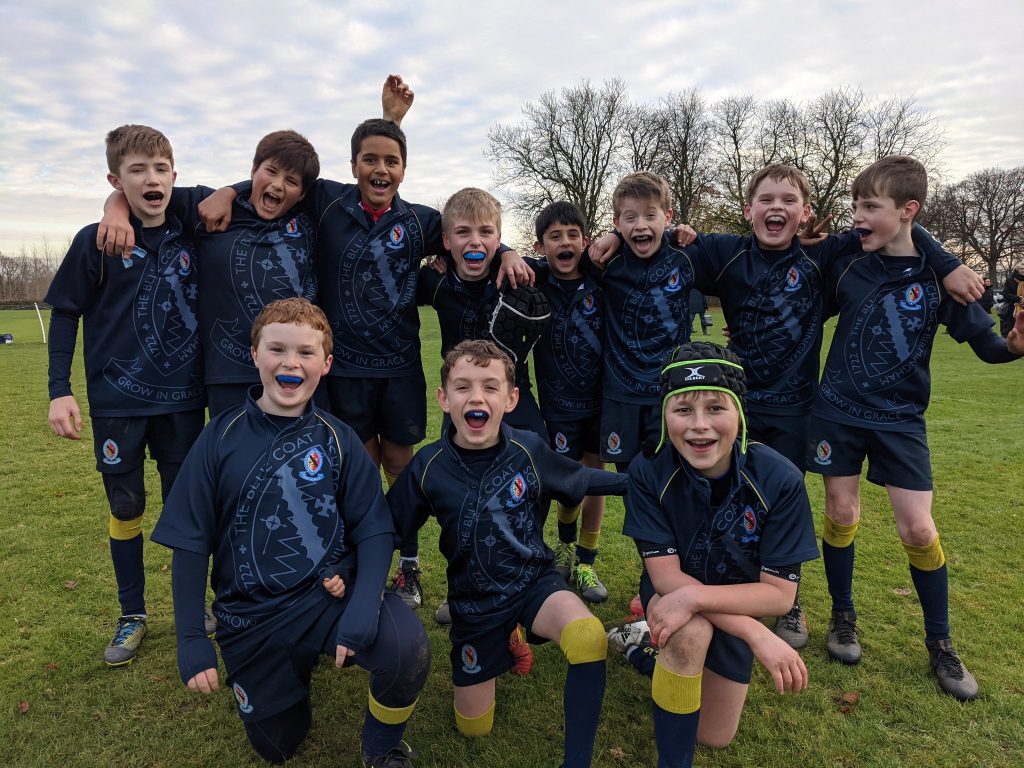 Early on Wednesday morning we set off for the IAPS U11 Regional Rugby Festival at Ratcliffe College. Following the girls’ superb performance in the IAPS U11 Hockey Regionals, the boys were determined to do their best and both staff and pupils were raring to go and ready for the day.

On arrival we were immediately told that our first game against Kings’ Hawford was cancelled as they had unfortunately had to pull out. This meant our first game was against The Elms which is the feeder school to Trent College. This was a closely contested affair where the Elms took the lead only for BCS to fight back with tries from Harry Stockton, Remy Grainger and Vivek Ratti sealing an impressive victory 15-5.

The next game was against Fairfield from Loughborough. The boys ran riot scoring 5 tries in 8 minutes for a convincing win 30-5. The next game brought our only defeat in a great game against Bilton Grange. The game ebbed and flowed and in truth we played well enough to win. After going 1 try down the boys stormed back with Remy Grainger scoring an excellent individual try. However, in search of a winner, we were hit by a sucker punch, as one of the Bilton lads made a 50 metre break and scored. We had numerous chances in the last couple of minutes but the Bilton Grange defence just managed to hold on. The boys had played fantastically but you could feel their disappointment. So ensued a strong pep talk to build them up for the final group game against Witham Hall.

After a slightly subdued start the boys found their stride and eventually ran out 15-0. This meant that we were able to watch The Elms play Bilton Grange knowing that if The Elms won we might make the final! With the last play of the game the rangy Elms player got the ball and scythed through the BG defence to score. The final whistle went and now there was the nervous wait to see who had scored the most tries.

Thankfully it was us and this meant we went into the first place play off against Stamford. The final was a tense nervy affair with both teams defending well. The result came down to some excellent support play between Ethan Graves and Robert Miller down the left hand side, deep into the opposition’s half. The ball broke free and Remy Granger was fastest to react and with a shimmy and his customary dummy he slid over for the decisive score. There were still a couple of minutes to go but the boys defended superbly and we were all thankful to hear the final whistle.

The boys were truly outstanding all day, their behaviour was impeccable and they won with great humility. They demonstrated great resilience and cheerfully persevered even after the Bilton Grange set back. All the players performed heroically and deserve the undoubted praise that will come their way for finally becoming one team rather than a team of individuals. With a group of so many talented players this is always the challenge because they are individually very competitive.  Thankfully, this special group of boys demonstrated that they have learnt to put the team first with the knowledge that even greater heights can be reached as a collective. Well done boys, we are so proud of you.