Trip To The Nationals! 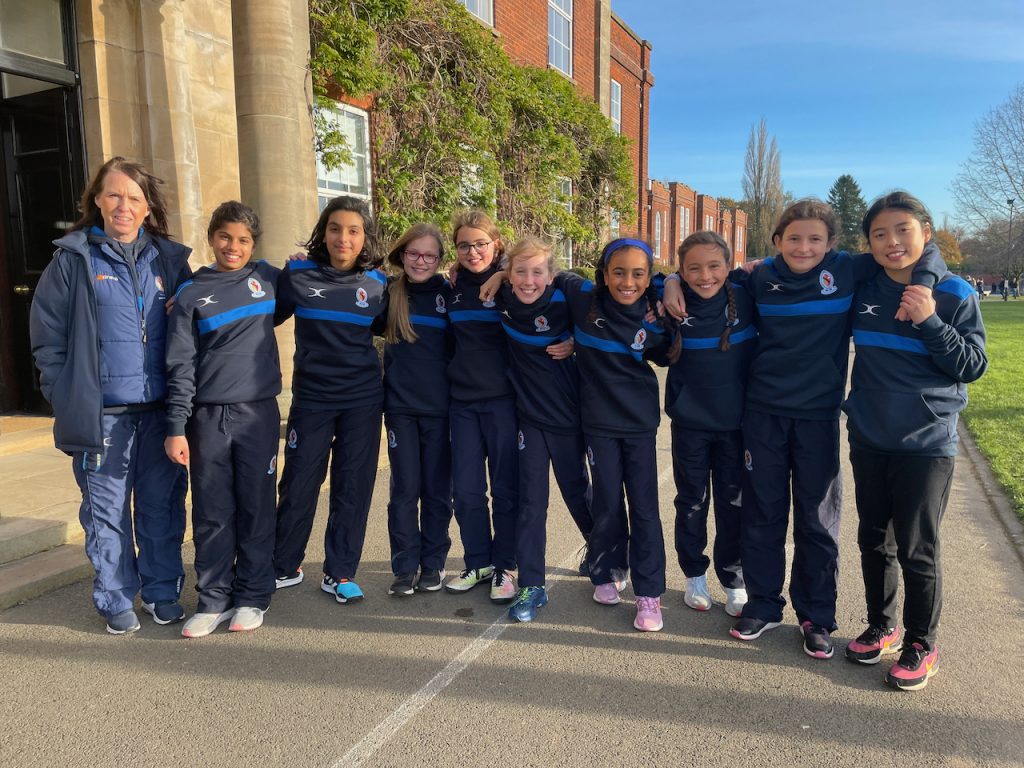 Our adventure to the Hockey finals started the day before. With everyone packed and snacks at the ready the girls enjoyed the journey down to the south of England where, eventually, we came to our home for the evening at the famous Wookey Hole. With a guided tour of Wells at night, and a beautiful Italian meal to follow, the whole team settled down for a good night’s sleep.

We started the day with a hearty breakfast and arrived at Millfield school by 9.15am ready to warm up. As we opened up the minibus doors it was like a scene from “Cool Runnings!” We quickly shut the door and then layered up with all the clothes we had and, over the top, put on the school tournament coats. The weather was very testing throughout the day and it seemed as though Millfield school had its own mini climate!

While we waited for our first match versus Carglifield, I could sense the nerves and a dip in confidence from the girls and this was reflected in their first match. They seemed to have lost their BCS spirit and had forgotten how to play like ‘Team BCS’. We were punished 2-0 and, from a tournament standpoint, that is a hard place to claw your way back from. However, fight they did!

During our team talk I reminded them that we had a right to be there and to remember to play with freedom, enjoy the moment and the memories they were making. We started our second match with a real presence and went into the lead as Lois threw herself at the ball, even though she had sustained a nasty blow from the ball to the knee minutes earlier. In the last seconds Chesham broke away and Beatrice was left to defend against three. Chesham scored to make it 1-1 and my heart sank for our girls as the ball crossed the line. However, with the results in the rest of the league mainly staying 0-0 we knew we still had a chance to go through to the Cup, we just had to score more goals to get our goal difference looking more favourable.

We dominated play over Taunton and Anusha covered every part of the pitch. She was encouraging the team to drive on and Riah ran to the point of exhaustion. The Taunton keeper made some fabulous saves and both Li and Susie came close with crosses from Ria but the ball would just not go in. It was so frustrating as we were most definitely the better team but, sadly, we finished with a draw 0-0. We moved on to our next match against Eagle House who had looked the most comfortable to this point. Eagle House certainly had some outstanding players on their team but with heart and passion our girls were strong in every tackle, fast in every break and slowly we broke them down by not giving them time to play. Lois and Li both bagged a goal each for a win 2-0!

It came down to this, the final league game against The Perse and to go through to the Cup we had to win, otherwise the battle was to continue in the Plate. We dominated this match from start to finish and should have taken our chances, which were quite clear. Towards the end of the game Tia made a fantastic save while time whistled away and, despite all the effort, we finished with a draw. I was devastated for the team as we did not look out of place at Nationals and the statistics clearly showed we had only lost one match at a national level. We tried to lift the team into playing hard for the Plate and the whole team dominated for the first half with Rosa playing strong on the left. Unfortunately, a couple of changes had to be made into the second half against Barrows Hill and, before we knew it, it came to penalty flicks. The umpire did not settle any nerves at this point and I selected (from the volunteers) based on previous practices, who I thought would be best for the job.

We won the toss and flicked first and unfortunately, although we were on target, the goalkeeper flung themselves to the ground and made a stick save. Our second attempt was flicked and went wide. As we tried to hold our heads high the opposition were apologetic about how they had won and we bowed out of the tournament. There are many things that both pupils and staff can take from this experience. Since acquiring the astroturf, BCS hockey has led to competing on a national level and, as our Headmaster always states, we are individually strong and unbreakable as one!