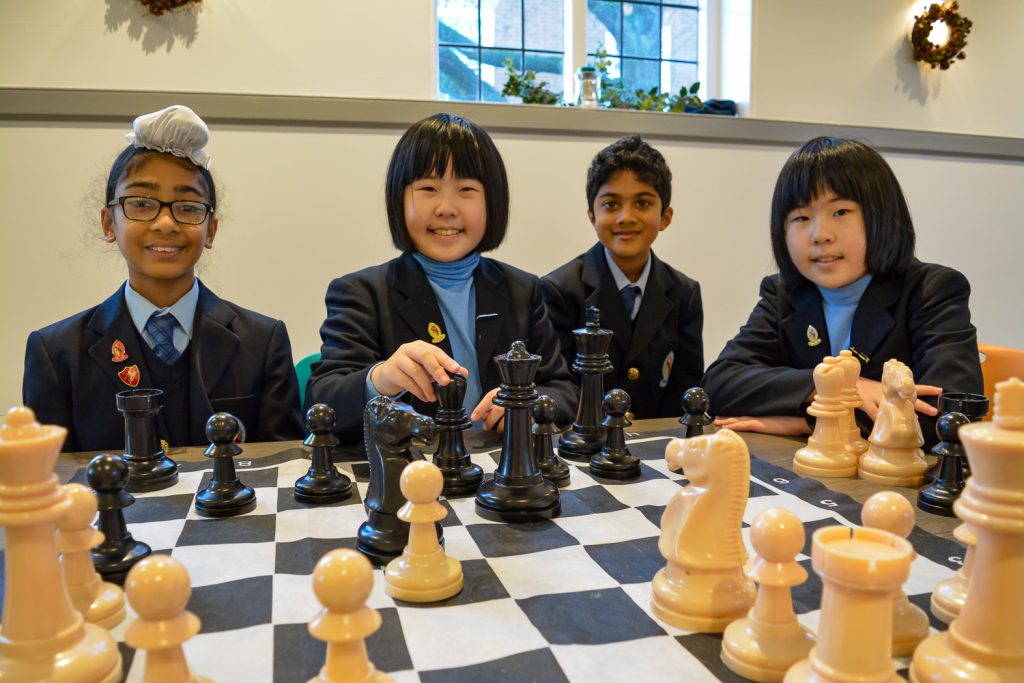 Each year The Blue Coat School takes part in the country’s largest chess tournament: The UK Chess Challenge. Thousands of children take part each year, with qualifying heats taking place in school clubs such as ours, and then the latter stages of the Megafinal, Gigafinal and Terafinal, where children compete against the top scorers from other schools in their counties.

In 2021, the organisers decided to run a team competition for each region, which I’m absolutely delighted to announce that we have won! Scoring a combined 59 points throughout the latter stages of the competition, The Blue Coat School finish as the highest scoring school, and are West Midlands School Champions. A tremendous achievement, and a nice trophy for our cabinet!

Our star performers (some of whom are pictured above) were Kevin Ge and Nihal scoring 3 points, Camilla McCorry and Zayan scoring 3.5, Siyuan scoring 8.5, and Siyao scoring a very impressive 10 points overall, and being the first ever Blue Coat player to reach the Terafinal Preliminary.

I am very lucky to have so many keen, talented and promising chess players in the clubs at school, and this achievement is nothing short of what they deserve. Well done to everyone who took part!