On Friday 23 September, we were delighted to welcome back The Young Shakespeare Company to Blue Coat and witness their mesmerising performance of Macbeth.

Year 5 pupils were the perfect audience. As the rain lashed down, the wind howled and the owls hooted, we were transported to the wilds of the Scottish moors, Great Birnam Wood and High Dunsinane Hill.

They performed Macbeth to the children in an enchanting and engaging workshop, where they included many of our children for the roles. Once in costume, the children were encouraged to participate with lines and actions too.

Over the course of the morning, Macbeth’s ill-fated journey from a brave and loyal soldier to ambitious, murderous King was revealed. Perfectly executed by our amateur actors, the theatre truly did come to BCS!

Who would have thought such a dark tale could be so captivating? This classic tale of greed, ego, ambition and morality has given our Year 5 children much to think about as they will embark on an exciting study of the play later in the half term.

Here are some quotes from the Year 5 pupils as they left the Hall:

“It was scary in some places; I had to watch through my fingers!”
“It was so good, it could have won an Oscar!”
“I really enjoyed how it was really interactive and we got to help tell the story!”

It was a stunning performance, which was enjoyed by all. We look forward to The Young Shakespeare Company’s return for Year 6 later in the academic year. 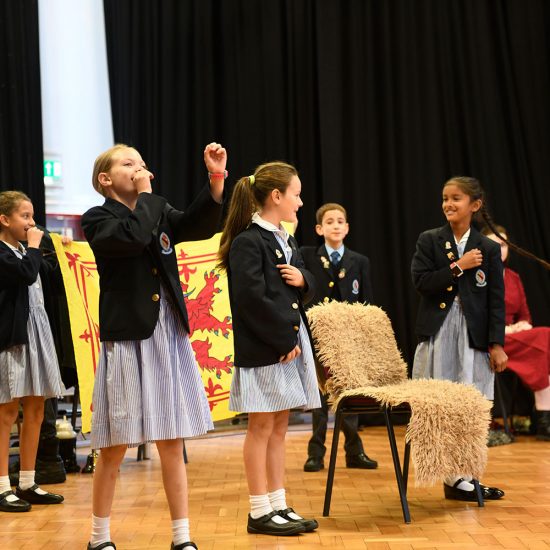 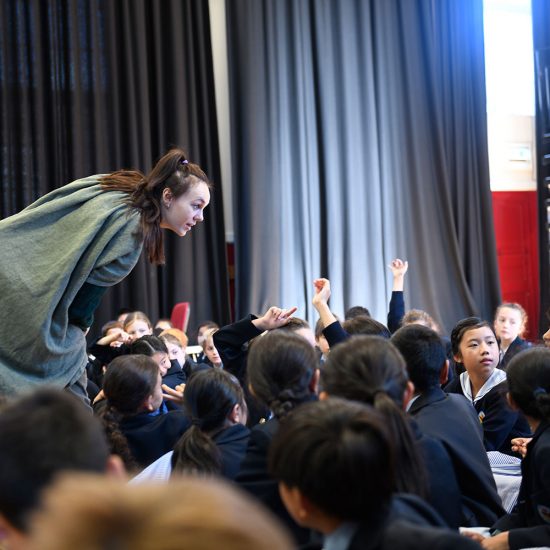 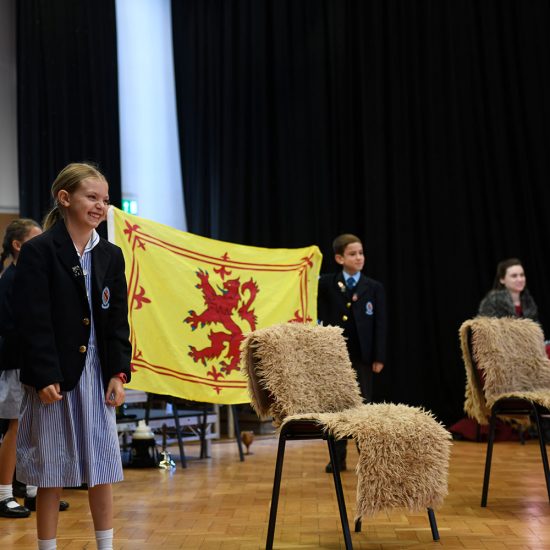 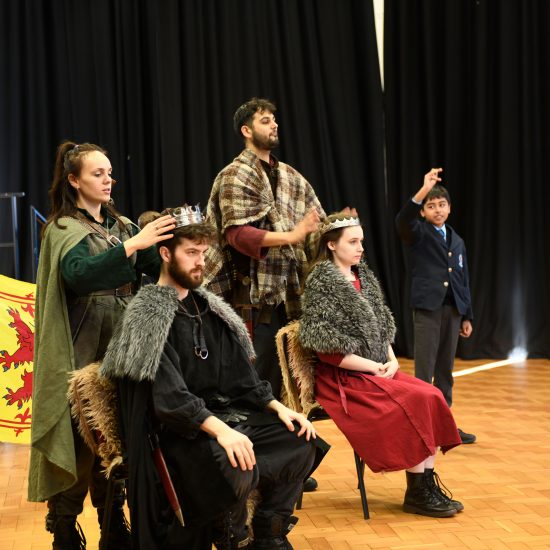