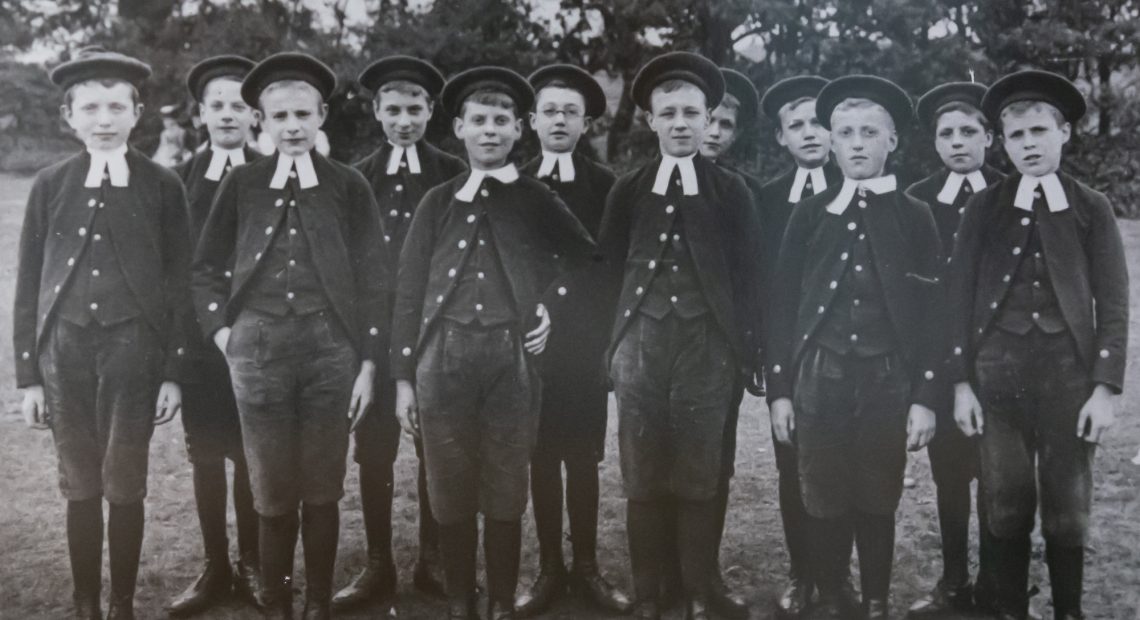 The original school, built on the eastern side of the pleasant churchyard surrounding St. Philip’s Church, dated from 1724 and its purpose was to educate children aged nine to fourteen from poor families within the city. In these early years 32 boys and 20 girls were clothed, fed and educated there.

The school was enlarged several times in the eighteenth century and largely rebuilt between 1792 and 1794 as a four-storey neo-classical building. Further increases of pupil numbers meant that eventually new premises had to be found.

In 1930 a new school was planned and built, on the site of a large private residence, Harborne Hill House, in the pleasant suburb of Edgbaston and remains its location today. The main entrance plan of the present building is based on the original school in central Birmingham.

Birmingham’s first public statues, of a boy and girl in uniform, which stood on the front of the original building from 1770, were placed in niches in the hall of the new school building. Copies were made in 1930 and stand in niches above the main entrance porch.

Inscribed under the girl: We cannot recompense you but ye shall be recompensed at the resurrection of the just. Inscribed under the boy are the words Train up a child in the way he should go and when he is old he will not depart from it. The school’s aims have never changed: to prepare and equip children comprehensively for the challenges of adult life and today the school remains a Church of England Foundation, but welcomes those of all faiths or none.

The school’s motto is, simply: Grow in Grace. 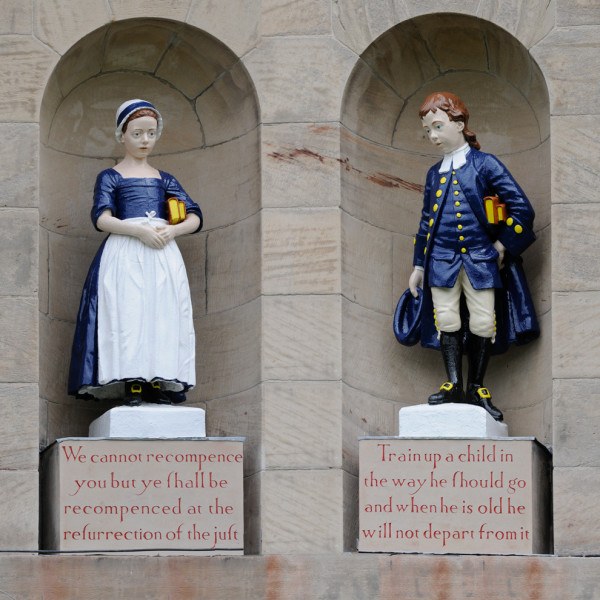